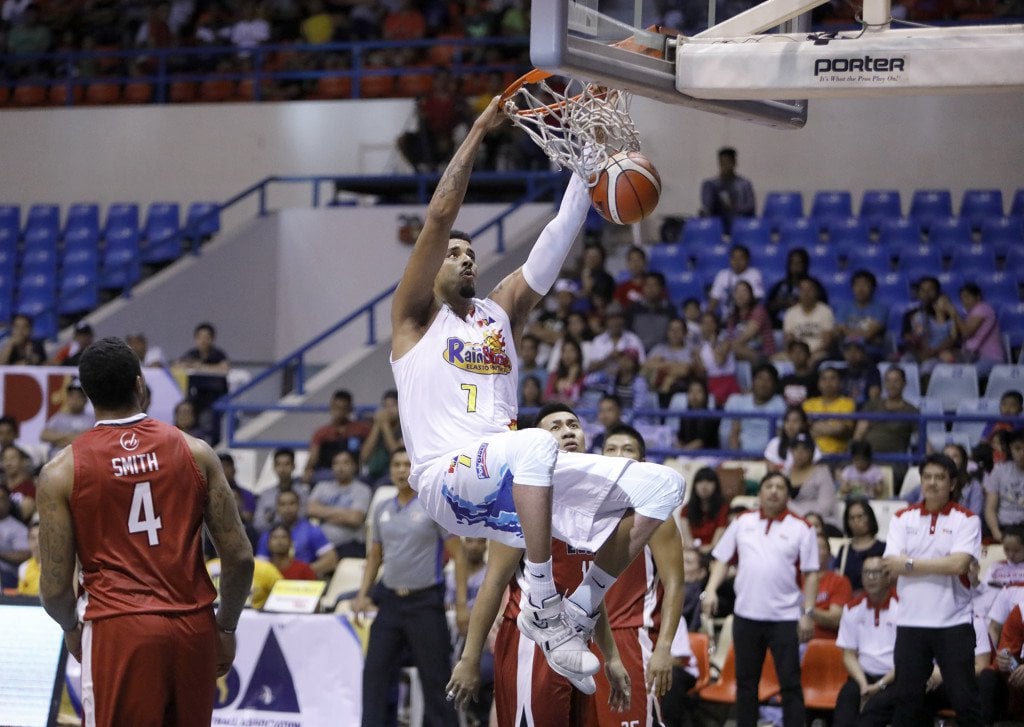 ANTIPOLO—If Shawn Taggart will have it his way what he wants for his 32nd birthday is to hit the jackpot. No, really.

“My birthday wish is to hit the lottery so I won’t have to play basketball,” Taggart said with a chuckle.

However, with the balls still not going his way, he has to make do with his stint with Rain or Shine.

And so far this 2017 PBA Commissioner’s Cup, Taggart’s luck seems to be faring pretty well with the Elasto Painters.

The returning reinforcement may not have the best shooting night he had on the day he turned a year older, but his 26 points on an 11-of-23 clip, and 12 rebounds were enough for Rain or Shine to pull off a 95-88 victory over Blackwater as it racked up its third straight win on Sunday.

It also helped the Painters that they defended well when it mattered most.

“I felt like we didn’t shoot the ball well, especially me,” he said. “All of our shooters were off, but we played great defense and we played good team basketball. We played defense towards the end of the fourth to take control of the game and we just made stops in the end.”

The Elasto Painters limited the Elite to just 37 percent from the field and punished their foes on fastbreak,16-6.

Though Taggart admits that he’s still far from the easy pay day he’s dreaming of, he’s happy to chalk up another win for Rain or Shine as it continues its drive towards defending its title.