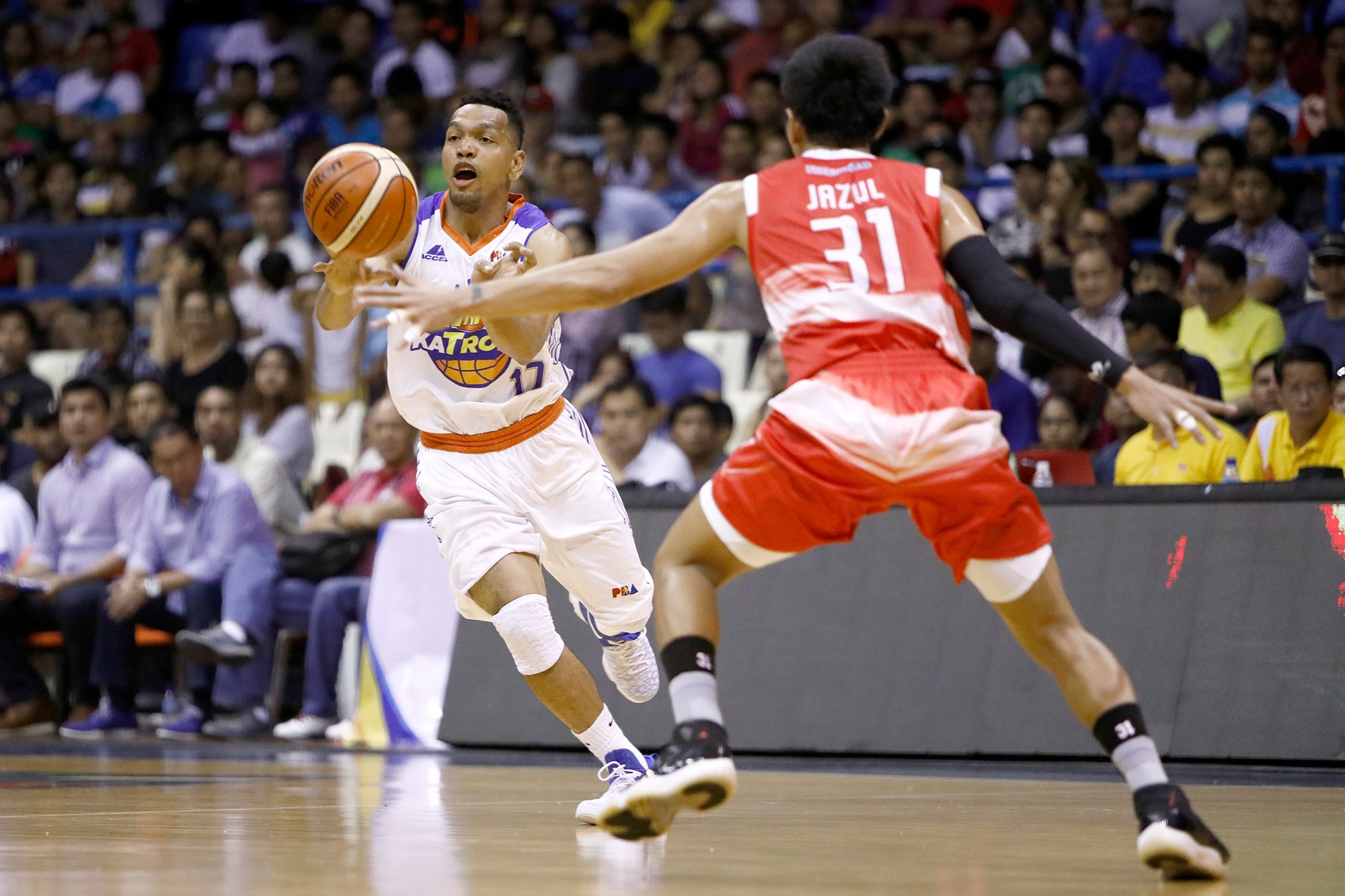 ANTIPOLO—Dishing out an eye-popping 14 assists in his conference debut, Jayson Castro shared that he’s taking more of a distributor role with the makeup of TNT this conference.

“That’s what our team needs because we have lots of scorers and shooters. I really have to involve every one so that the defense also gets loose on me,” Castro said in Filipino after the team’s 134-109 thumping of Phoenix on Sunday.

With Castro orchestrating the offense, seven other KaTropa players were able to crack double-digits, with import Lou Amundson leading the way with 20 points.

But it’s not just him as TNT made a conscious effort to move the ball and find the open man. As a result, the KaTropa had 38 assists leading to a 60 percent shooting from the field.

TNT coach Nash Racela is also elated with Castro’s comeback to the team after recovering from his hamstring injury.

“We were just fortunate to have Jayson back,” he said.

Racela, though, acknowledges that the four-time Best Player of the Conference awardee’s stay with the team won’t be for long as he expects Castro to be pulled out for Gilas Pilipinas duty. That puts pressure on the remaining KaTropa players to fill the gaps and learn how to play without their top gun.

“The goal for us is to learn how to play without him. We can’t always have Jayson especially with the Gilas program coming up,” he said.

For Castro, though, he would like to enjoy his stay with his mother ballclub first as he sees greater things ahead. And with Amundson flying out and original reinforcement Donte Greene coming in, things are only bound to get better for the KaTropa.

“This time, we have more time to prepare and introduce him to our offense. Like Lou, he’s an NBA player, so we know he can adjust easily,” he said.

ADVERTISEMENT
Read Next
ROS import Taggart celebrates birthday with win
EDITORS' PICK
Sex on the menu for Pogo workers
First female commodore named
Foreigners prepare to flee as China virus toll tops 100
We Can’t Guarantee You’ll Win a P20 Billion Jackpot, But We Can Help You Try
SM continues to send relief assistance to remote towns in Batangas
Best Gift Ideas in the Philippines
MOST READ
Sex on the menu for Pogo workers
‘Normal people doing normal work’ need not wear mask – WHO official
Kobe Bryant gear pulled out of Nike online store in wake of his death
Lacson on VFA impact study: ‘Better late than never’
Don't miss out on the latest news and information.