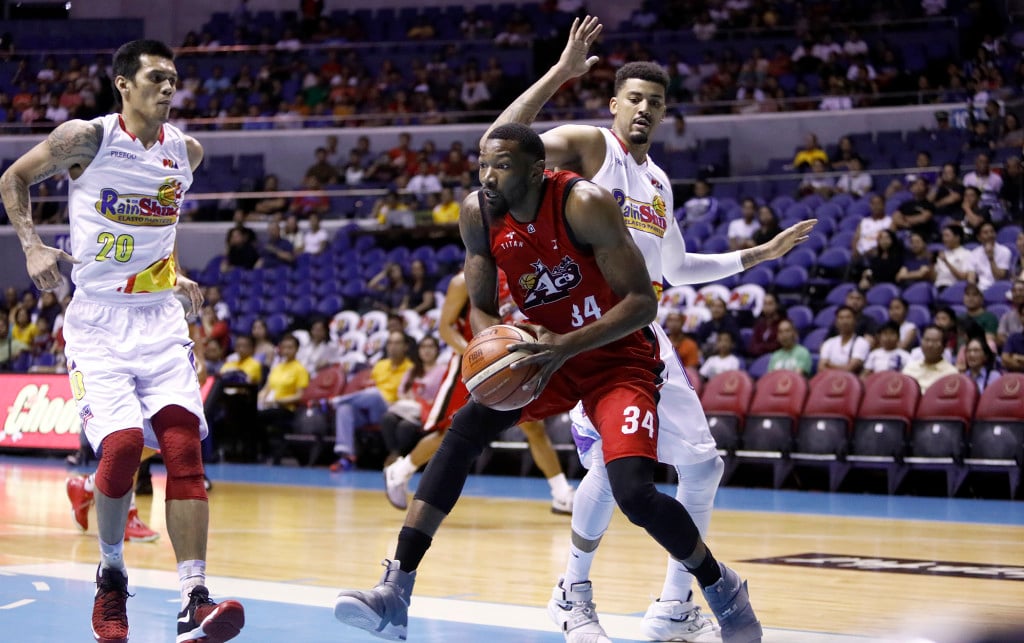 Cory Jefferson seethed as he air-balled his first three-point attempt early in Alaska’s duel against Rain or Shine on Sunday.

Jefferson felt embarrassed and he made it a point to drill his next shots in hopes of maintaining the team’s unbeaten record.

And he did, going 5-of-8 from threes, including the go-ahead trey with 30.1 seconds remaining to lead the Aces to a 105-102 win over the Elasto Painters.

Fortunately for Alaska, Jefferson listened to his teammates’ advice, as he fired a conference-high 41 points and grabbed 13 rebounds in the victory.

But that shouldn’t really be a surprise, with the 26-year-old Baylor standout admitting that his trust on his teammates has allowed him to seamlessly blend in with the rest of the Aces so far this 2017 PBA Commissioner’s Cup.

“That’s really on the team,” said Jefferson, a replacement import to the Aces’ first choice reinforcement Octavious Ellis. “They made it really easy for me, talking to me, and telling me where to go. I’m still messing up things there, but they’re not really getting on me. They helped me to adjust a lot faster.”

With Alaska racking up four straight wins and Jefferson amassing 31.75 points and 13.25 rebounds so far this conference, the former NBA D-League All-Star believes that the team is just barely scratching the surface and that would keep the Aces’ spot among the league’s leaders will be their consistency as they brace for tougher games ahead.

“We’ll just continue what we’ve been doing, try to help my team, try to hit the open shots when they’re there, find the open man if there’s a double team, and just continue to try to play solid defense,” he said. “It’s still early in the season. We still have a lot to work on. We’re happy to be 4-0, we’ll enjoy it for the night, but we’ll continue working on it after today.”