Tolomia contributes in limited minutes in ROS loss to Alaska 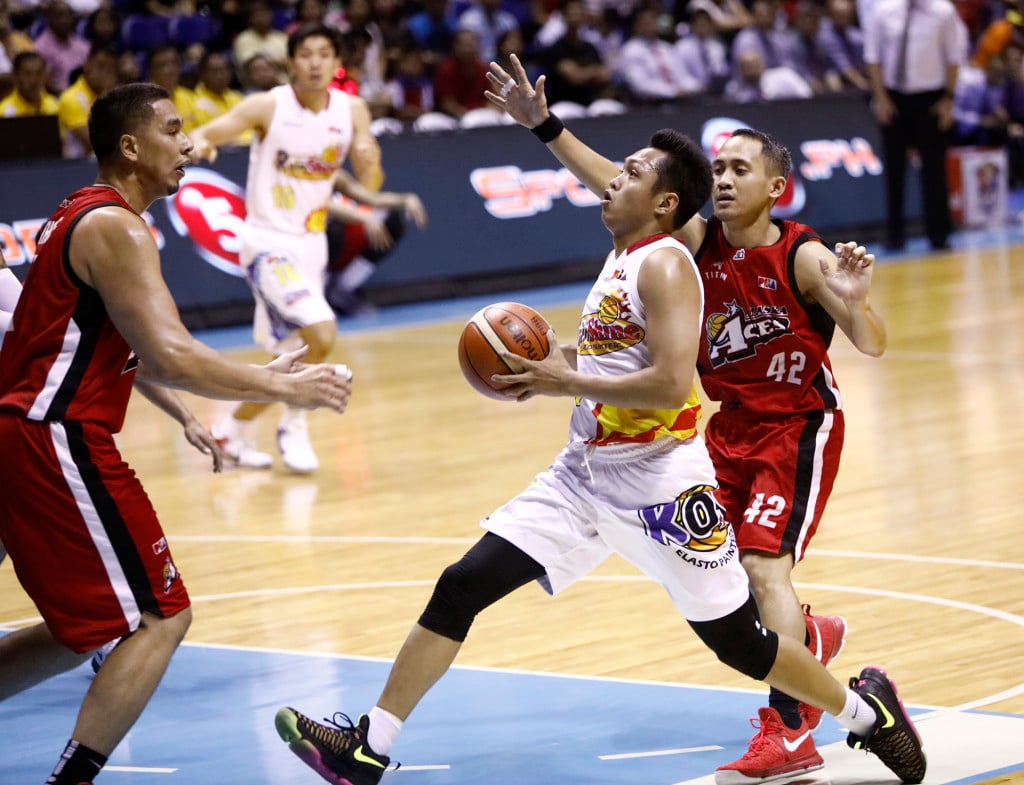 Kept on the bench majority of the game, Mike Tolomia was surprised to hear his number called with 1:34 remaining in the third quarter.

But when his moment came, the 24-year-old made the most out of it in setting up his teammates James Yap and Jericho Cruz early in the fourth quarter.

“I didn’t expect that I’ll get called to play, but when I was called, I knew I was ready,” he said in Filipino.

The rookie out of Far Eastern University emerged out of the shadows and kept the Elasto Painters in the game in the payoff period, unfurling all of his nine points, three assists, and two rebounds in his short 13 minutes on the floor. “I got my rhythm setting up my teammates,” he said.

Unfortunately for Tolomia, his breakout performance proved to be for naught as Rain or Shine succumbed to its second straight defeat, a 105-102 loss to Alaska.

Tolomia still had a chance to be the hero for the Elasto Painters, but he turned the ball over with 23.1 seconds remaining and muffed what could possibly be the game-tying trey at the buzzer.

However, the Zamboanga City native expressed no regrets with his late-game decisions as he charged his miscues to experience.

“It’s all part of the game and those turnovers also happen. I also had the chance to shoot when I got freed, but I won’t have any second thoughts passing it to my teammates if they’re open,” he said.

Tolomia would also rather look at his scarce minutes positively, intently watching the defensive schemes and preparing himself whenever Garcia do call his number again and field him in the game.

“That’s my advantage of not playing from the first quarter to the third: I can see the things we have to do when we’re playing and I use those as lessons for when I enter the ballgame,” he said.

Though his performance induces great praise from his teammates and foes alike, Tolomia believes that he still needs to earn his spot in Garcia’s rotation. He also agrees that one game won’t do it, as he seeks to further prove himself even in team practices.