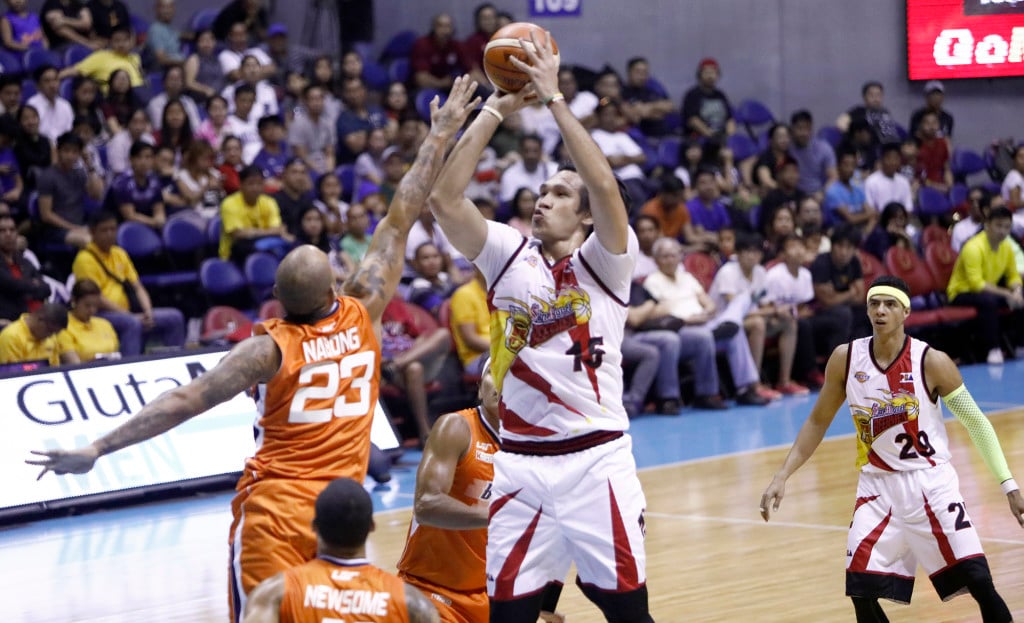 San Miguel continued to assert its dominance this season, dealing Meralco its first loss with a 99-92 thumping Sunday in the 2017 PBA Commissioner’s Cup at Smart Araneta Coliseum.

Bucking a poor start, the Beermen leaned on their starters, sending a statement as they fought back from a 15-point deficit and used a strong second half surge to open their campaign with a win.

Marcio Lassiter contributed 16 markers, five boards, and three assists, while Arwind Santos got 12 points and six rebounds off the bench as the Beermen shot 50 percent from the field.

“I never thought we’d be playing like this. I expected we would be sluggish,” said SMB head coach Leo Austria. “Everybody was rusty at the start, but because of our experience in the championship, we were able to take care of the situation.”

San Miguel staged a 19-4 run to recover in the third frame and tied the game at 62 before exploding for 35 points in the payoff period to seal the deal and sent the Bolts to their first defeat in five games.

“In a game like this, we need to win to have a statement to say that we’re back and I hope this win could inspire the team going forward,” said Austria.