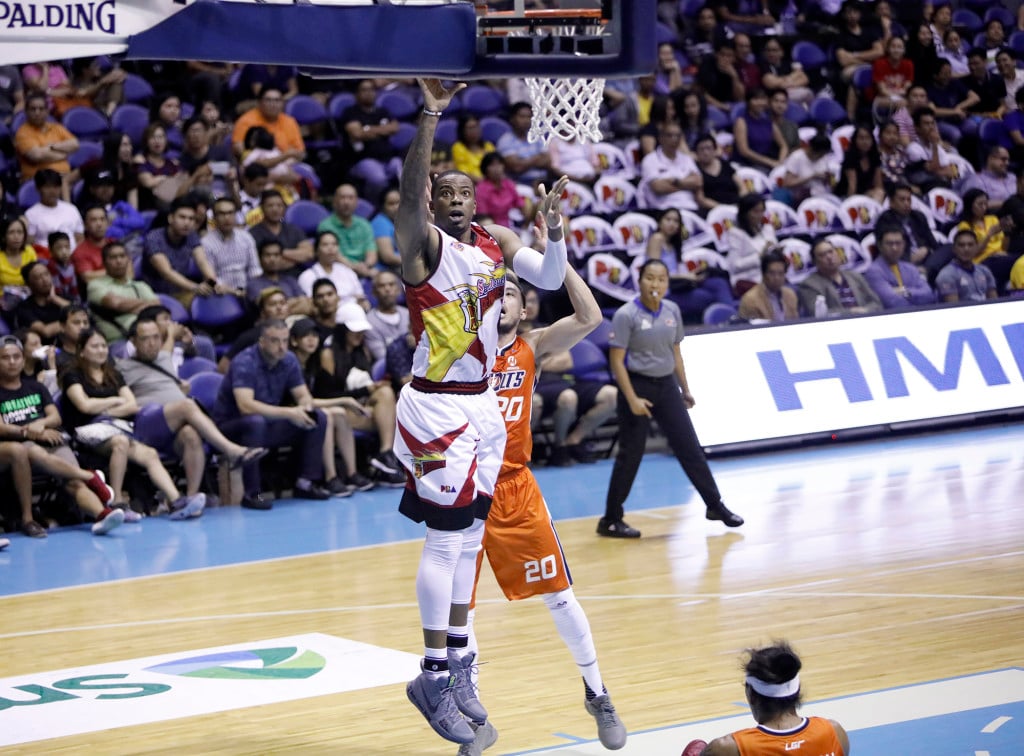 Joining a star-studded team like San Miguel, not much is expected from import Charles Rhodes aside from blending in well with the locals and providing ample help on the defensive end.

But in his first game on Sunday, the 31-year-old reinforcement showed that he’s more than capable on meshing with the crew.

Known as a defensive anchor, Rhodes passed his first game with flying colors as he posted 22 points, 12 rebounds, and two blocks in the Beermen’s 99-92 win over Meralco.

“It feels great. Any team I would’ve played for, I would’ve did the same, give my 100 percent every time in practice and on the court,” he said.

Rhodes also had moments in the spotlight, mostly on the defensive end, as he emphatically denied Chris Newsome and Alex Stepheson in successive possessions in the fourth quarter.

“That was my main focus, my defense,” he said. “We wanted to make sure that we get (Meralco) their first loss. That was the whole motivation. I knew everything else was going to fall in place being with this team with great players.”

Rhodes, though, believes that there’s still more to come as he eyes to block more shots in San Miguel’s next games.

“I’m pretty sure I’m going to have more blocks,” he said. “I just got in foul trouble. I didn’t play in the second quarter and that was real frustrating for me. I just got to get adjusted to the style of play with the referees. I think next game, I’m going to have a much better game than I did tonight.”

SMB coach Leo Austria agreed with his import’s self assessment as he expects more from Rhodes.

“Defensively, I think his game is yet to come out. I hope in the next few games, when he finally gets a feel of the game here, I think we will be better,” he said.

“If we have June Mar and Charles Rhodes at the post any given time, we’ll always have a threat in the post. That’s going to be good for us,” he said.

San Miguel faces Phoenix next on Friday at Mall of Asia Arena.