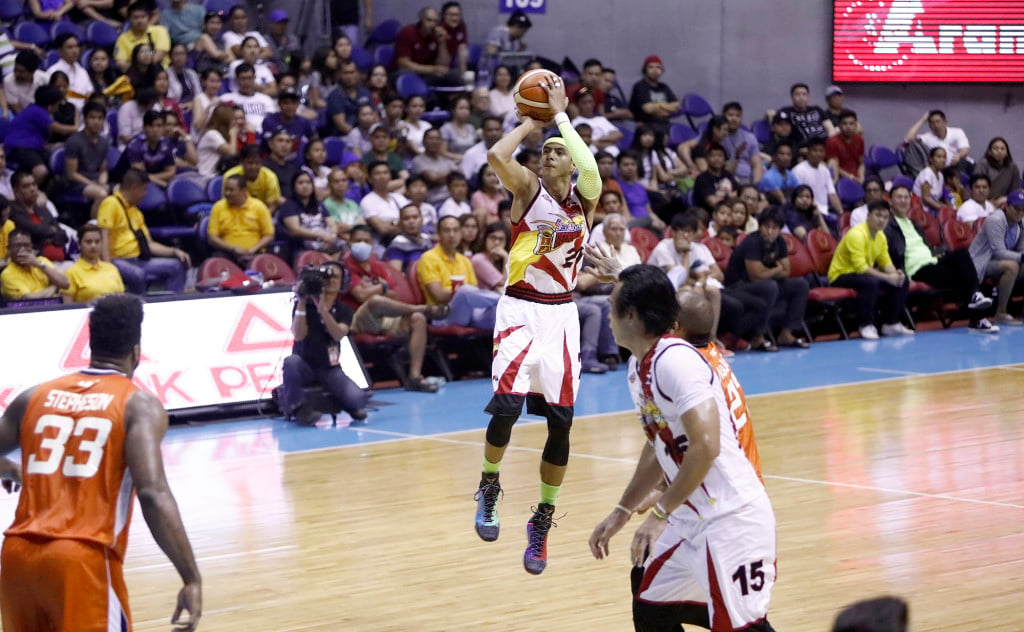 The San Miguel Beermen may have just found the spark they have been looking for, and he was under their nose all this time.

With import Charles Rhodes in tow, the Beermen opted to slide Arwind Santos down to the bench and in the team’s conference-opening 99-92 win over Meralco, the early results look promising.

Santos had all of the team’s 12 bench points while also nabbing six rebounds, a steal, and a block in the victory, and the 2013 PBA Most Valuable Player feels confident with his new role.

“Even if I’m in this position, I know I’m still able to contribute. What’s good with this team is as the captain ball, I know I’ll be the one to sacrifice so I’m fine with that,” Santos said in Filipino.

It’s not like this is the first time Santos had to go from starting five to the bench unit, as the former FEU Tamaraw has grown accustomed to the shift during import-laden conferences.

“I’ve already anticipated that after the all-Filipino conference. There have been times that this happened before and I’ve been fine with it,” he said.

Santos, however, admitted that he still needs to adjust to his role as a three whenever he, Rhodes, and June Mar Fajardo are on the floor together.

“I still have to learn playing the three position so I can help and contribute to the team more,” he said. “But it’s a good start. This is a new beginning for us and a new goal. We’re taking it one game at a time. We already got our first win, so we’ll try to do that again in our next game.”

San Miguel takes on Phoenix on Friday at Mall of Asia Arena.