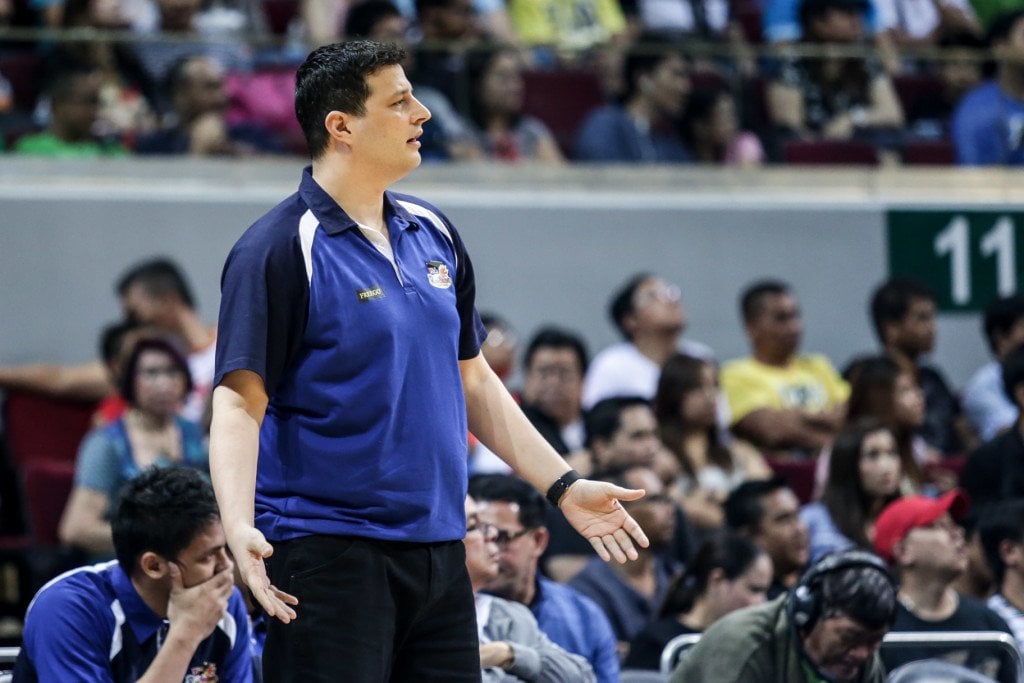 “I’m concerned about it,” Garcia said after the Elasto Painters fell to Alaska in a 105-102 heartbreaker on Sunday.

Garcia focused on the lackluster showing of his guards in their latest defeat, where he felt he didn’t get much from his usually high-octane backcourt save from Jericho Cruz and Gabe Norwood.

“I didn’t get anything else except from Jericho and Gabe, so basically, my point guards have to step up. I didn’t get anything from Chris (Tiu) and Maverick (Ahanmisi) in this game and they play an important role in this team. They have to learn how to control the team, they couldn’t bring down the ball,” he said.

Alaska’s press was a nightmare for Rain or Shine, as the Painters committed 17 turnovers that led to 18 easy points for the Aces.

“It’s kind of disappointing that our veteran players didn’t do what we’ve practiced. They had their own agenda,” he said.

Despite the loss, Garcia did see a silver lining with the excellent play of Mike Tolomia in the fourth quarter, as the rookie sank all of his nine points, three assists, and two rebounds in the payoff period.

“At least, we know now that Mike can really play in this league. That’s another added weapon for us once he gets longer minutes,” he said. “And after this game, I think he deserves longer minutes.”

Rain or Shine will first take a 10-day breather before facing Phoenix on April 12.