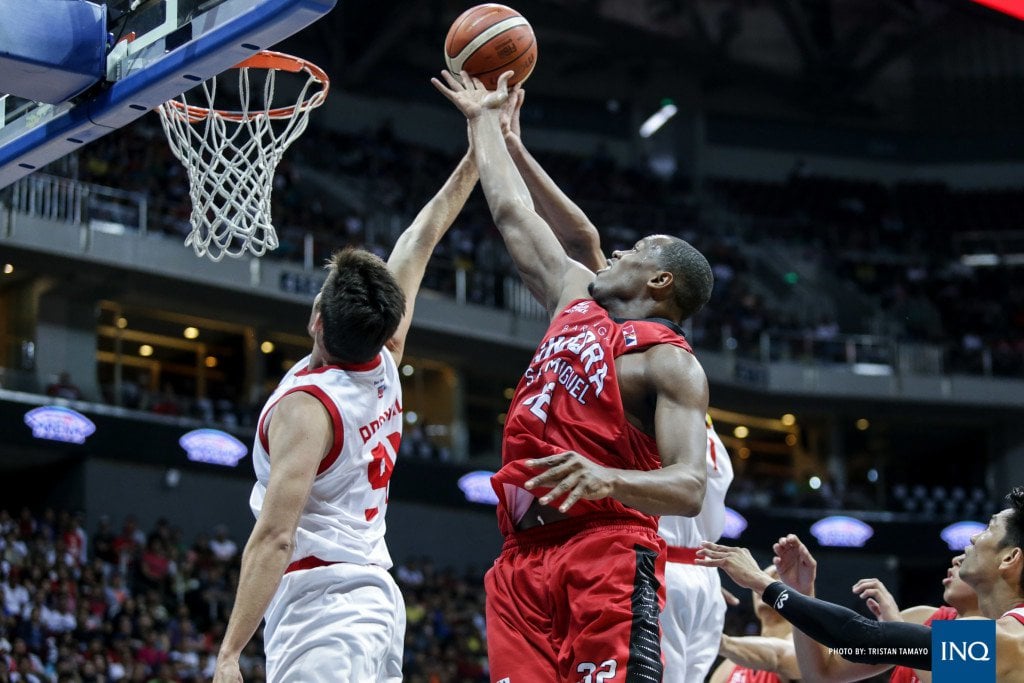 Justin Brownlee took over in the second half to lift Barangay Ginebra over Star, 113-98, Sunday night in the 2017 PBA Commissioner’s Cup at Mall of Asia Arena.

Brownlee caught fire in the fourth quarter, firing 11 of the Gin Kings’ last 19 points to inflict the Hotshots their first loss in five games.

Brownlee unleashed a dazzling performance, finishing with 30 points, 14 rebounds, six assists, four blocks, and two steals in front of a packed crowd as the league celebrated its 42nd anniversary.

“We needed to lift our game in the second half,” said Ginebra head coach Tim Cone as his side waged a huge fightback from 12 points down, 67-55, in the third period.

“It’s satisfying to beat a quality, elite team like what Star has become. Even though we’re playing with a small import, it sends a good message to us and the players that it can be done, that we can compete in this conference with Justin.”

LA Tenorio also had his moments in the endgame with seven of his 21 markers coming in the final four minutes of the game to improve Ginebra’s record to 2-1.

Sol Mercado scored eight of his 15 points in the fourth period, where he nearly singlehandedly put the Gin Kings up, 90-80, with 9:44 left.

“It was as a really up-and-down game. It was a game of runs which is what you expect from a Manila Clasico,” said Cone.

Mercado also had seven assists and three boards, while Japeth Aguilar got 12 markers and six rebounds.

Frustrated in his matchup against Brownlee, Mitchell struggled from the field, scoring 22 points but needed 21 shots to go with nine rebounds.

Allein Maliksi chipped in 17 markers but was largely ineffective in the fourth quarter.