With black headband on, Tenorio delivers for Ginebra vs Star 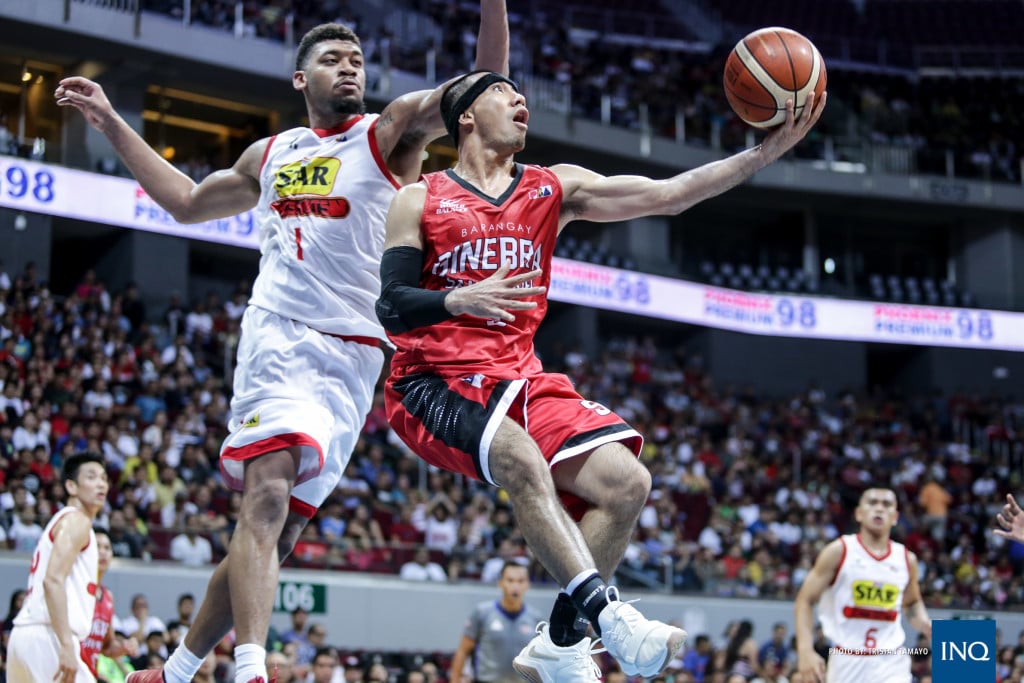 It must be the headband.

Sporting a black headband to cover up a boxer-like cut above his left eye, LA Tenorio went on a huge tear late in the fourth quarter as he provided the help Justin Brownlee needed in Ginebra’s 113-98 win over Star on Sunday.

But for the veteran playmaker, he only had one teammate to thank for.

“Chris Ellis gave me the black headband. I bought the white one, but he lent me the black one so I’m thankful to him,” Tenorio said in Filipino. “Maybe I’ll wear a headband every game from now on.”

Tenorio unfurled eight of his 21 points in the final frame where the Gin Kings cruised to their second win in three outings.

But luck or no luck, Ginebra was a different team in the fourth quarter as it went down to work, firing 31 points in the period.

That didn’t come as a surprise for Tenorio as he knew the team is capable of stringing a blistering run to fend off Star.

“During the course of the game, we felt we’re getting our rhythm, especially Justin in the latter part. Once he was on a roll, we gave him the ball and he did his job. He doesn’t dominate the game by just scoring, but also his presence inside the court. He can pass, he can defend so that’s what’s great about Justin,” he said.

“That was our goal, to play aggressive and strong every game. We knew coming from our loss to Phoenix that we really have to find ways to win and we have to rely on our defense,” Tenorio added.

The Gin Kings limited the Hotshots to a woeful 38 percent shooting while making 56 percent of their attempts.

Tenorio also looked at the triumph as a statement game for Ginebra after it dealt Star its first loss in the 2017 PBA Commissioner’s Cup.

“Maybe this is our barometer, that we can compete against teams with bigger imports. We took the challenge and the good thing is we responded to that challenge. I think it’s a good momentum win game for us, especially going into a long break,” he said.

Ginebra gets back into action on April 19 against NLEX.