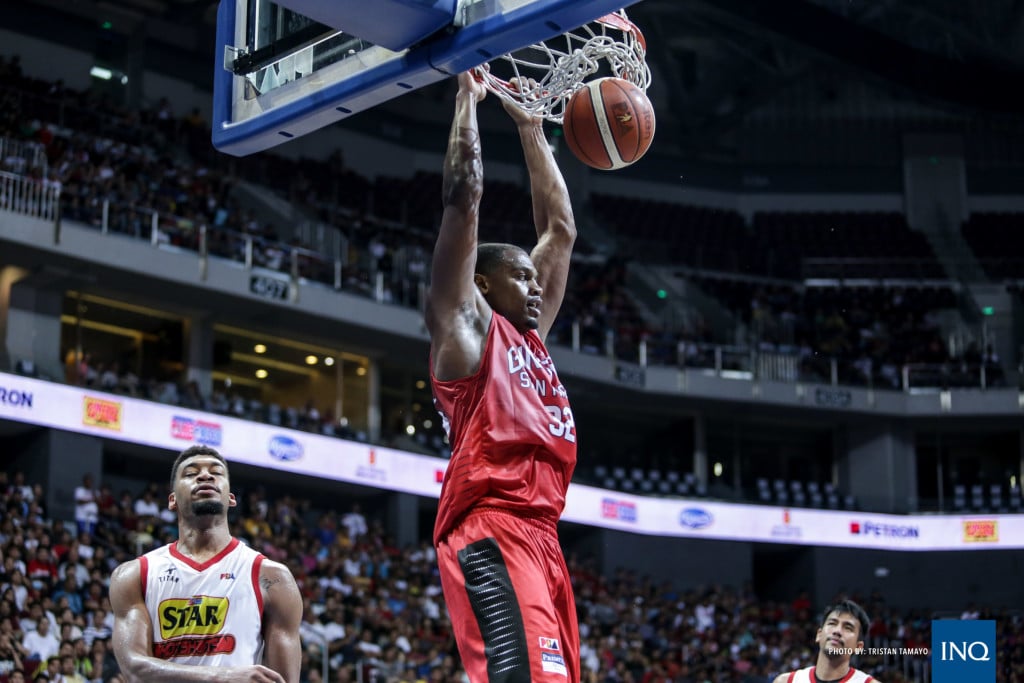 One thing working Ginebra’s way has always been the crowd.

And on Sunday, Justin Brownlee thinks that the barangay made their presence felt anew, getting to the head of his counterpart Tony Mitchell when Ginebra faced off against Star.

“He got a little frustrated and maybe, it was the fans,” said Brownlee. “We have great fans who support us and they do a really good job of taunting the opponent. I think it was all the fans and that didn’t have nothing to do with me.”

The 28-year-old forward shared it wasn’t just him but also the rest of the Gin Kings, who teamed up in making Mitchell feel uncomfortable.

While Mitchell had a hard time dealing with the frenzied atmosphere, Brownlee relished the raucous environment.

“This game is special especially for the fans and the history behind it. This game right here is always big. I guess I’m 2-0 in Manila Clasico. It was great seeing the fans and how they appreciate it,” he said.

Still, Brownlee knows that the victory against the Hotshots accounts to just one win.

“We just trying to take this game and hopefully, we could make this a pivotal game for us and we could use the momentum for our next games,” he said.