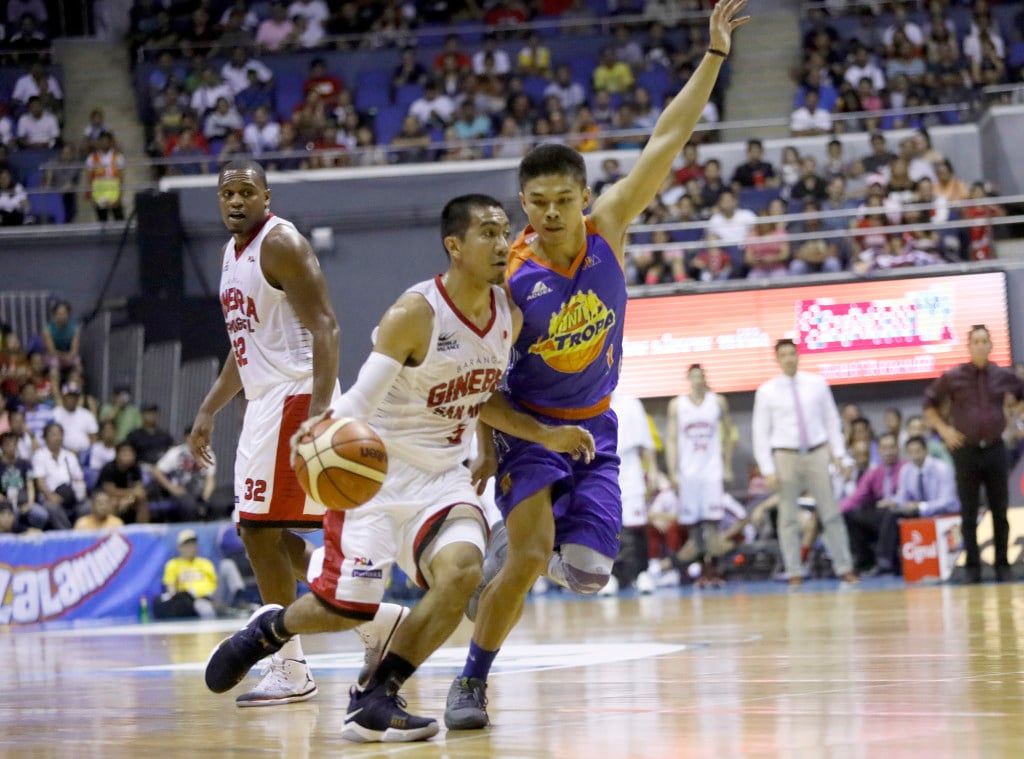 “That’s our goal for him, to really be a defensive player and a rim protector,” he said on Sunday.

Aguilar showed glimpses of his defensive prowess when he took control of the paint in the second half of the Gin Kings’ 107-89 win against TNT, controlling the boards with 14 rebounds and rejecting five shots in the paint.

That performance left a lot of the veterans in awe and had Tenorio thinking of how great the athletic forward can be once he fully develops his defensive game.

“Tonight, he showed that,” said the veteran playmaker. “We’re telling him that even if he doesn’t score, as long as his defense is there, we’ll be fine.”

Aguilar’s stellar showing on defense allowed Ginebra to overhaul a 58-49 deficit in the first half before unleashing a furious second-half charge.

Aguilar’s effect was also felt on the other end of the floor.

His inside presence also freed up the Gin Kings’ snipers, leading to a 12-of-31 shooting from threes, seven of which came in the payoff period.

Tenorio also had his moments late, going for 14 points in the fourth period before finishing with 21 markers on a 5-of-6 clip from threes, to go with six assists and three rebounds.

“The whole game, we were leaning with our inside game with Japeth and Justin (Brownlee). But we adjusted, made the most of the opportunities, and we didn’t waste those when we finally got it,” he said.

The win stretched Ginebra’s winning run to four as it goes to the All-Star break with a 4-1 slate.