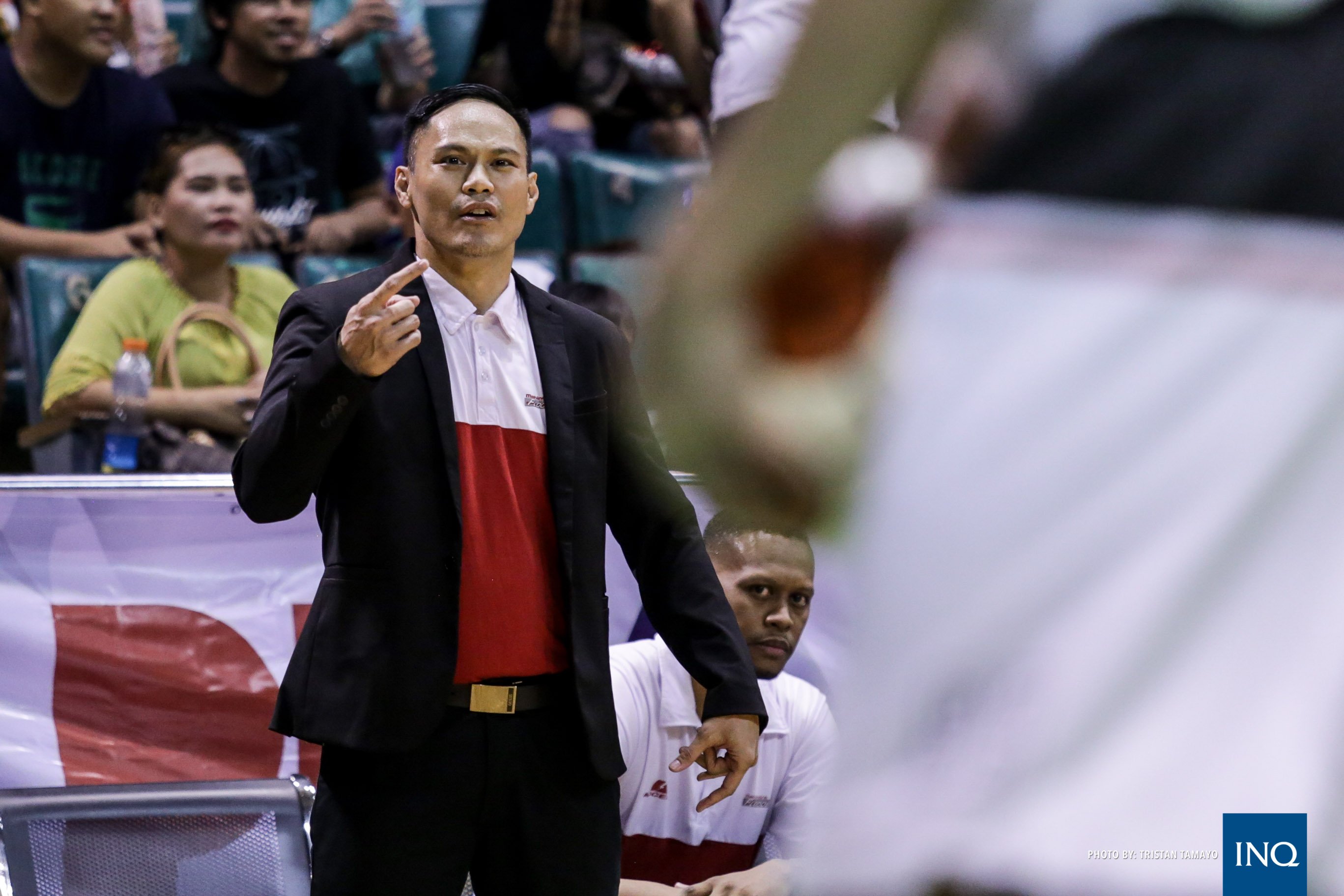 Following another devastating loss, Mahindra coach Chris Gavina pulled no punches again as he called out players whom he felt were just playing for their own interest and not for the team.

“We got a lot of guys who are willing to put it all on the line and they show it to me in practice. And then, there are other guys that just, I don’t know. I think they just feel like they got to get their numbers because it’s a contract deal. But little do they know that if we keep losing like this, nobody’s gonna get a contract,” he said.

The Floodbuster absorbed another humiliating defeat, this time a 105-86 loss to GlobalPort, where Gavina was left with no words to describe the lethargic effort his wards displayed on Sunday.

“That kind of effort definitely filled us with a great deal of indignation towards our players. There are some guys who keep fighting, there are some who just don’t have that spirit,” he said.

And the one that drew much of Gavina’s ire anew was Alex Mallari, whom the mentor felt was mentally out of the game again for the second time this conference.

“Alex has this swings of brilliance and as much as he is an asset to us, sometimes he’s a detriment,” Gavina said as he doubled down on his comment last month when he regarded his star for being a “crybaby” following a 98-92 setback at the hands of Alaska.

Mallari saw limited time on the court, finishing with two points, on 1-of-9 shooting from the field, with four rebounds, and an assist and two turnovers in 15 minutes.

“It’s not even the turnovers, but his reactions towards his mistakes instead of moving on to the next play. He lingers and tries to complain. His body language changes. It’s just been contagious to the whole team when they see it. I tried to talk to him about it one on one, but he just hasn’t seemed to figure out that yet,” he said.

“Hopefully moving forward, he takes those lessons learned from these two horrible losses we’ve had, and exercise some sort of growth mindset from himself, especially if he wants to be considered a superstar. Superstars have to carry themselves in a certain way, and I honestly feel like he hasn’t embraced that role, so we’ll see as we move forward.”

Though already out of contention for a playoff spot this 2017 PBA Commissioner’s Cup with a 1-7 record, Gavina still approaches the remaining games as a chance for Mahindra to build on to something and carry it over into the next conference.

“I think from this point on, we’ll try to get the guys that we need to get extended playing time so we can prepare them to play a bigger role moving forward. I’m looking at the next conference. We have three games left and it’s an opportunity for our young guys to really gain that much needed experience we need,” he said. “Guys like Reden Celda and Philip Paniamogan, who both really picked our lack of support from our starters tonight and have been putting a great deal of extra work with me. All of their hard work will always pay off and they’re bought in.”

“Hopefully, we can get all our guys to buy in as well with that type of mentality — hard-hat, lunchpail kind of work ethic. I can pretty much deal with everything and losing, except lack of effort. The lack of effort of certain individuals on our team is just not acceptable looking forward.”