Mahindra gets boost from new recruits in win over Blackwater 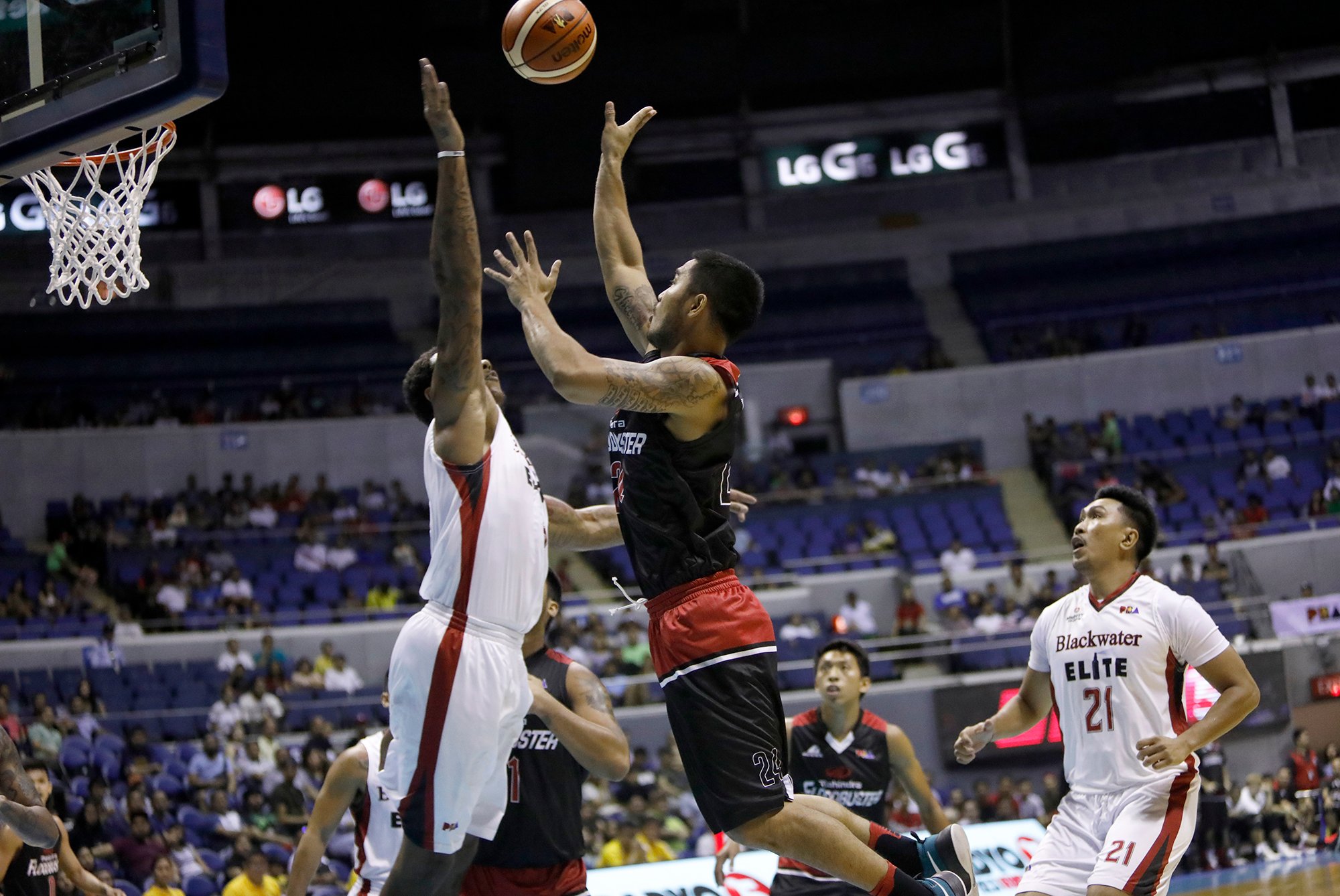 Mahindra drew immediate impact from its new acquisitions to hammer out a morale-boosting win over Blackwater, 96-87, in the 2017 PBA Commissioner’s Cup Sunday at Smart Araneta Coliseum.

Glenn Khobuntin and Eric Camson, who were brought in on Friday via trade from NLEX in exchange for the embattled Alex Mallari, combined for 24 points and eight rebounds in their debut for the Floodbuster.

“As I said coming into this game that our energy is revived and refreshed in the past few days of practice. I can honestly say that the togetherness of these guys going into this game was a high value asset in regards to us winning tonight,” he added.

Both gave Mahindra a lift off the bench with Khobuntin collecting 15 points on 7-of-11 shooting from the field and five rebounds.

He scored 13 points alone in the second half including seven in the final frame where the Floodbuster took a 91-79 lead with 4:35 remaining after trailing by two at the end of the third period.

“They just committed to each other, staying to who they were. Glenn and Eric have bought in quick, they’ve only been with us for a few days and they’ve had an immediate impact towards the rest of our guys and our guys have embraced them,” Gavina said.

Reden Celda led Mahindra in scoring with 18 points on top of four rebounds and four assists while import Keith Wright added a double-double with 16 points and 16 rebounds.

“Everybody stepped up. LA, I keep telling him that this is his team. There’s a reason he’s in the Gilas pool with the top players in the country,” said Gavina, referring to his starting point guard LA Revilla, who did more than what his stats show as he provided stability and leadership on the floor.

“Celda has come into his own. I told him he’s no longer a rookie and he’s embraced the pressure that comes from moving to college to the pro level. Just the level of confidence our guys brought tonight, Prince (Caperal) breaking out of his shell, and everybody buying into one another was a key asset for us.”

The Elite dropped to 2-7, the same record as the Floodbuster, despite getting a monstrous effort from import Greg Smith.