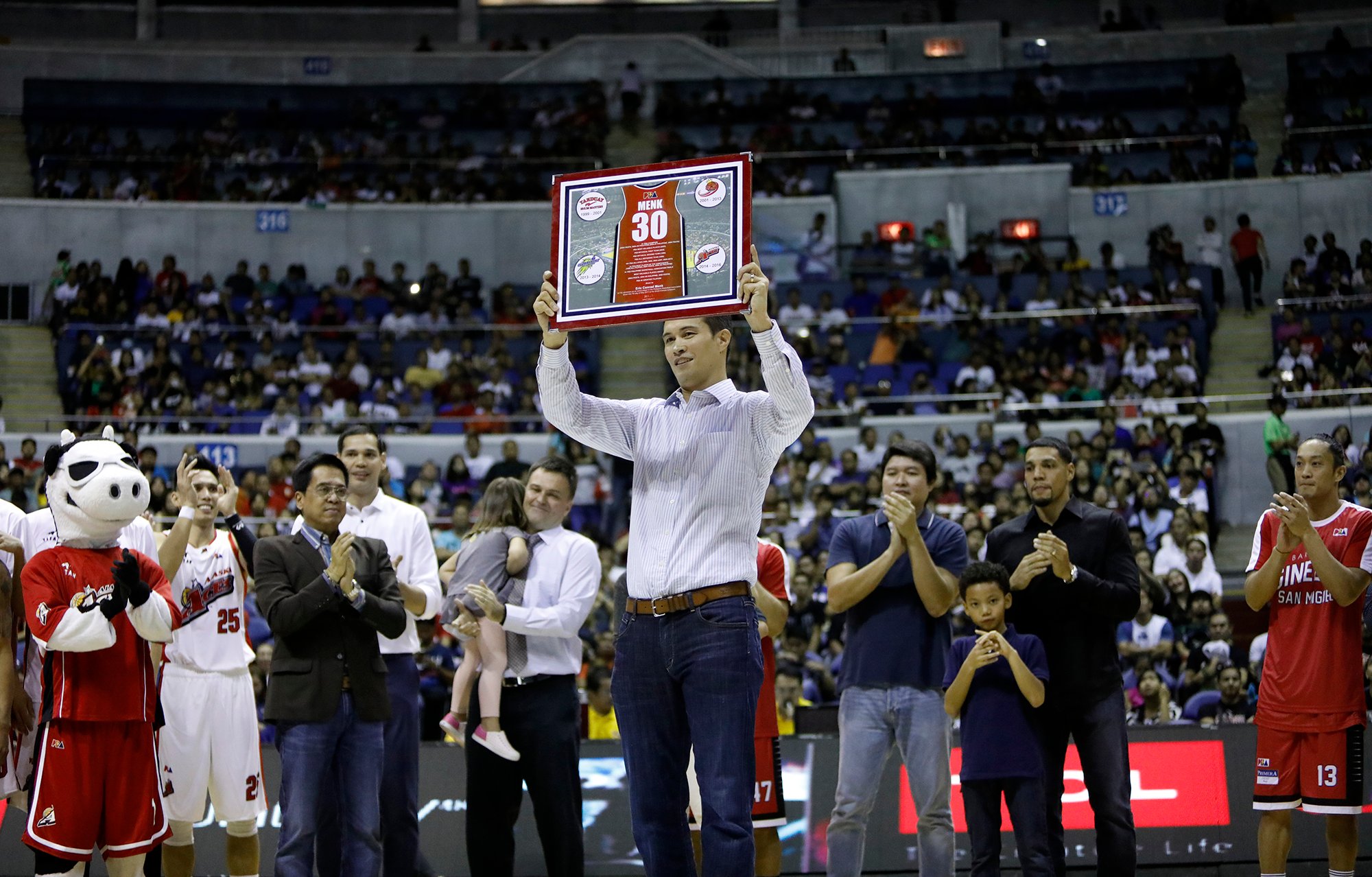 Eric Menk, a member of the PBA’s 40 Greatest Players, has officially retired after 16 fruitful seasons in the PBA.

The 42-year-old Menk won all of his four titles as part of Barangay Ginebra where he played for 12 years.

Menk, one of the best big men of his generation, last played for Alaska in 2016.

The Aces paid a special tribute to Menk by holding a retirement ceremony during halftime of the Aces and Gin Kings’ game on Sunday at Smart Araneta Coliseum.

“Thank you so much. A lot of people to thank. The first thing I want to say is I’m just very blessed to play in the PBA for as long as I have, and for the teams and the people that I’ve played with and I’ve played for, I’m very, very thankful,” an emotional Menk said at center court.

“I want to thank Alaska for putting this thing together. It’s good to see all the Ginebra fans. I haven’t played for them for five years but the response I’ve gotten the last few days from many of their fans and former teammates and former coaches has been overwhelming,” Menk added. “All I can say is thank you. It’s been a dream come true to play as long as I have, to play in front of you guys. Thank you very much.”

The 6-foot-6 Menk was joined by his family on the floor along with Danny Seigle, Jimmy Alapag, Harvey Carey, Jayjay Helterbrand, Mark Caguioa and the entire Alaska squad.

Menk was named season MVP in 2005 and has three Finals MVP plums and three Best Player of Conference awards across his name.

How Twitter reacted to reports of Kobe Bryant’s death