Black: Bolts ‘deserved to be beaten’ by Batang Pier 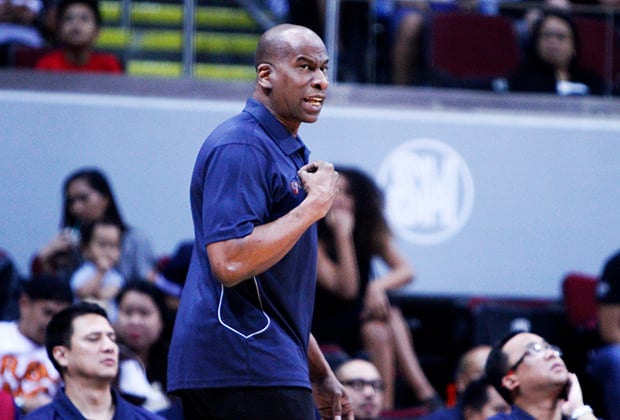 “I give them (GlobalPort) credit, they played hard, and they played well, and they rebounded the ball well tonight which was something we didn’t do,” said Black at Mall of Asia Arena as his team slipped to 7-2.

“We didn’t rebound the ball well, except for Alex (Stepheson), so I told the team we deserved to be beaten.”

Meralco got out-rebounded by just one, 54-53, but it’s in large part due to Stepheson’s effort who pulled down 27 rebounds.

Also, the Batang Pier hauled down 22 offensive rebounds while the Bolts managed to grab just 13 of their misses.

“Whenever you lose you feel horrible, you can bet cash money on that,” said Black. “But nobody wins all their games and when you lose, you just have to try to fix what’s wrong and move on and try to win the next game.”

The Bolts’ have two more games remaining, against Star and Barangay Ginebra, but with teams fighting for position in the standings, every matchup is of utmost importance for Black if he ever wants to get that bonus.

“It’s a bad feeling to lose especially since GlobalPort is one of the lower teams and we’re trying to get the twice-to-beat and that kind of puts a damper on our ability to do that,” said Black. “At the same time, every team has lost in the league, so your ability to bounce back from the losses will be the key to success.”