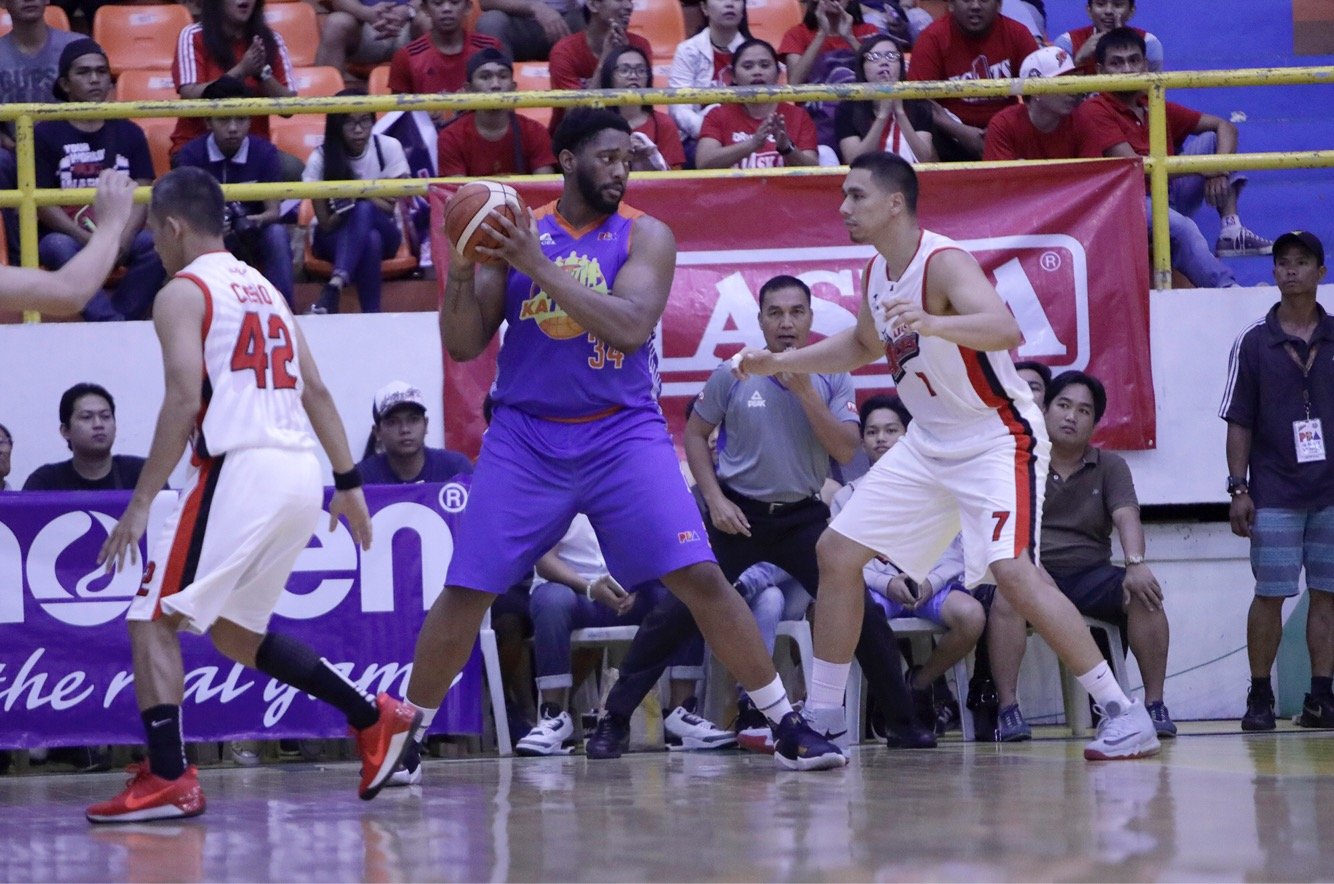 TNT used a late-game push to stun Alaska, 119-110, and gain its seventh win in the 2017 PBA Commissioner’s Cup Saturday at Ibalong Centrum for Recreation in Legazpi City, Albay.

The KaTropa, who trailed by as many as 17 early, were down 101-105 midway through the fourth period before mounting an 18-5 run to close the game out with big man Ranidel De Ocampo scoring eight of TNT’s last 18 points.

De Ocampo’s triple at the 5:46 mark of the fourth was the catalyst for TNT’s endgame run as the KaTropa improved to 7-3 and took possession of the fifth seed.

The Aces, meanwhile, reeled to their fourth straight loss and slipped to a 4-4 record.

De Ocampo also finished in double-figure scoring with 15 points for the KaTropa.

Cory Jefferson led Alaska with 29 points and seven boards while Vic Manuel and JVee Casio had 17 and 16 points, respectively.