Ross on costly technical foul: ‘I don’t think I deserved it’ 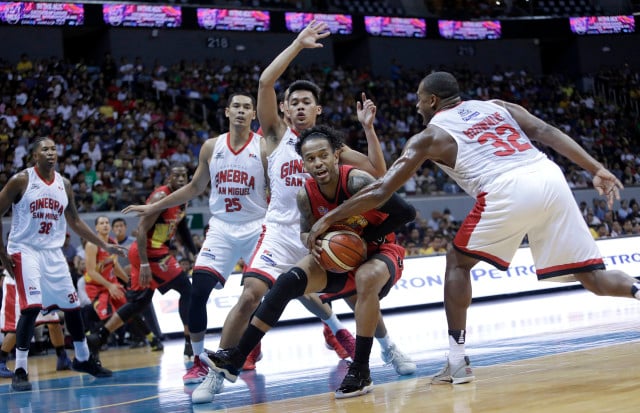 Ross was slapped with a technical foul after complaining on a personal foul called against him while trying to stop Ginebra import Justin Brownlee’s layup in the open court.

Ginebra was only ahead by six, 95-90, with exactly two minutes left.

“It was a tough break of the game, you guys saw that, everyone who saw the game saw what happened,” said Ross after San Miguel lost, 107-99.

“It was the call he made, it was a technical, I don’t think I deserved it.”

Brownlee made his free throws and LA Tenorio hit the technical as well, giving Ginebra a 98-90 cushion—enough room for the Gin Kings to hold on.

Ross, who finished with seven points and nine assists, said his technical foul was a big blow to their comeback attempt especially with the Beermen riding on a 14-6 run up until the call.

“I mean the referees can only do so much, it’s fast-paced and I guess they can go back and watch film, and correct it but it was tough for us because we were getting into our groove.”