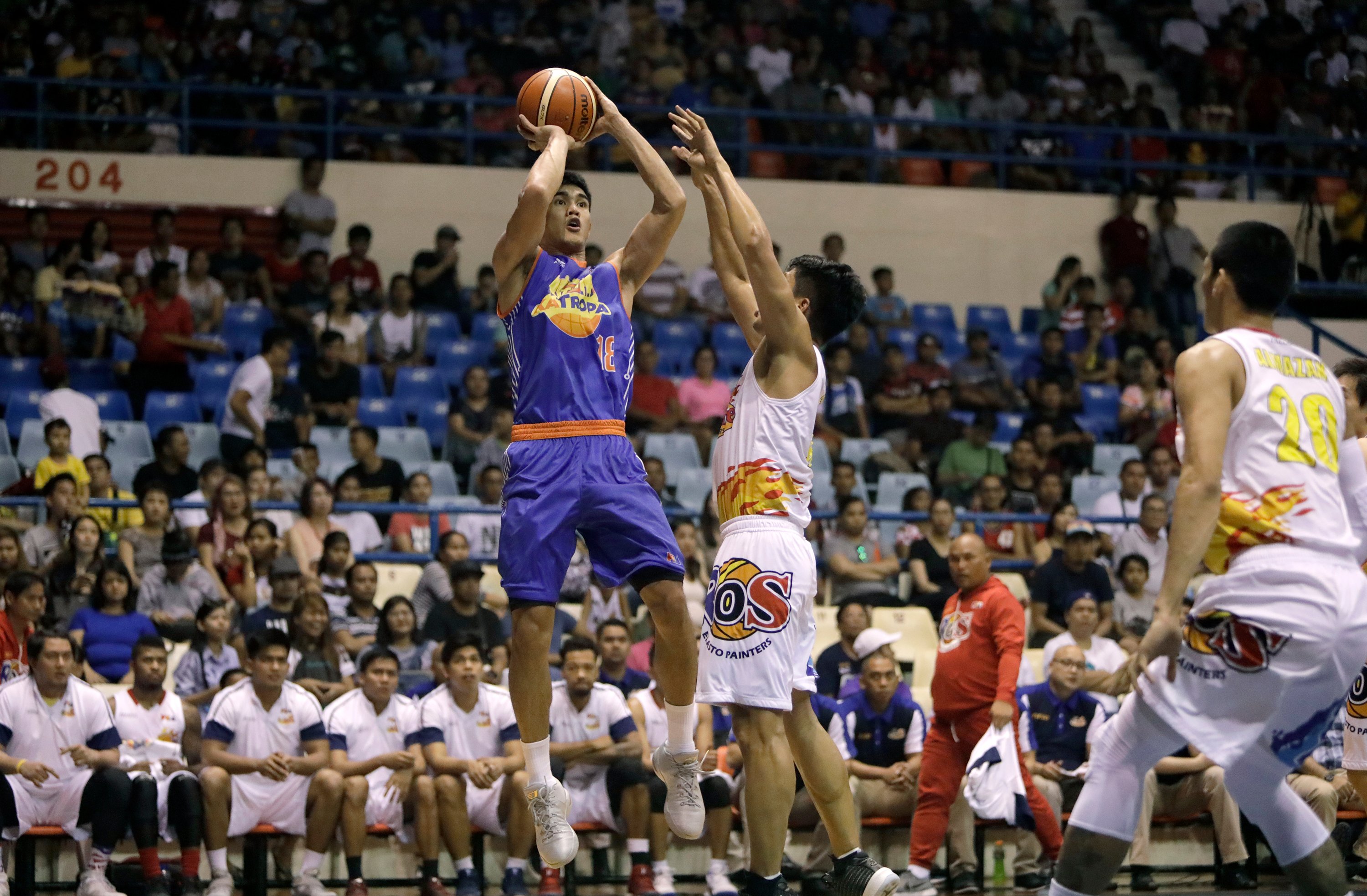 ANTIPOLO—TNT survived Rain or Shine, 105-102, to finish off its elimination round campaign on a high note in the 2017 PBA Commissioner’s Cup Sunday at Ynares Sports Center here.

The KaTropa head to the playoffs with an 8-3 record but will still await the final games of Star, San Miguel, Ginebra, and Meralco to determine their seed.

The Elasto Painters, meanwhile, slipped to a losing record of 5-6.

In a matchup where misses became the turning points in the final minute, it was James Yap, who became the goat.

Those costly misses left the door open for TNT, which pulled ahead for good after RR Pogoy nailed a long two to give the KaTropa a 103-101 lead with 26 seconds left.

“I expected this kind of game, because Rain or Shine needs to win today for them to have a good place in the quarterfinals,” said TNT head coach Nash Racela. “We’ve been in the PBA for so long that at this point we know that no lead is safe.”

TNT was dominant in the first half as it ended the second quarter up, 51-39, while maintaining composure up until the third when ROS had pulled within, 78-71, heading into the final period.

“Teams are leading by 15 points in the first half and still end up losing the game.”

Yap had another couple of chances from the free throw line with five seconds left but the most he got was a split and Ranidel de Ocampo eventually closed things out for TNT with two freebies.

Joshua Smith impressed in his second game for TNT, coming away with a game-high 23 points to go along with 12 rebounds while De Ocampo had 21 points.

Troy Rosario finished with 11 points to help TNT while Pogoy and Ryan Reyes had 10 points apiece.

Rain or Shine gave TNT quite a scare despite the early ejection of its import Duke Crews with still 6:51 left in the third quarter. Crews had nine points and 17 rebounds.