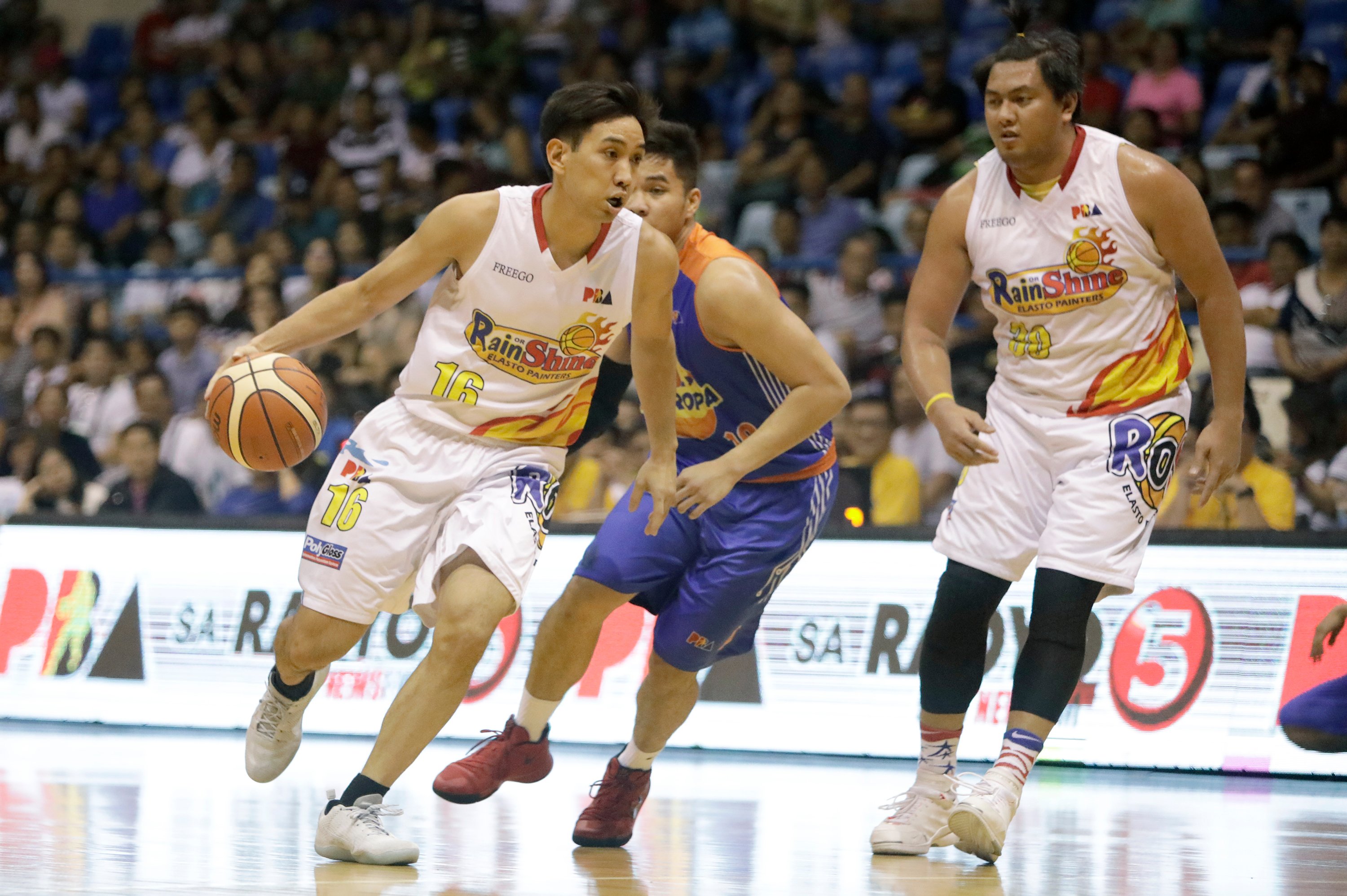 ANTIPOLO—Rain or Shine didn’t end its campaign in the elimination round the way it wanted to on Sunday.

The Elasto Painters had to rally from a 41-25 deficit in the first half only to see its comeback bid end in disappointment following a 105-102 defeat at the hands of TNT.

Heading into the quarterfinals with a losing record of 5-6, and still uncertain who to face next, Elasto Painters head coach Caloy Garcia said they can’t do much but look into the positives.

“We’re just looking at the positives, going into the next round this was a good game for us,” said Garcia. “We played without an import for most of the second half and the locals showed a lot of character despite us being a smaller team against TNT.”

Rain or Shine import Duke Crews also got thrown out with 6:51 left in the third quarter after getting called for a technical foul.

Crews had been slapped with a questionable flagrant foul penalty 1 earlier in the game.

“We were not out-rebounded and the important thing is our show of character as we head into the next round.”

TNT paraded import Joshua Smith who stands at 6-foot-10 and is a gargantuan 350 pounds against Rain or Shine’s big man the heaviest of which is the 6-foot-5 Beau Belga, who weighs just 220 pounds.

Rain or Shine did get outrebounded but it wasn’t too big of a margin with TNT holding a 58-55 edge.

For Belga, who admitted he was surprised with Smith’s prowess, the next round is still a time for optimism.

“This game was a good sign for us, we know in ourselves that we can win so there’s no need to sulk,” said Belga. “Coach told us that we don’t have anything to lose once we enter the playoffs.”