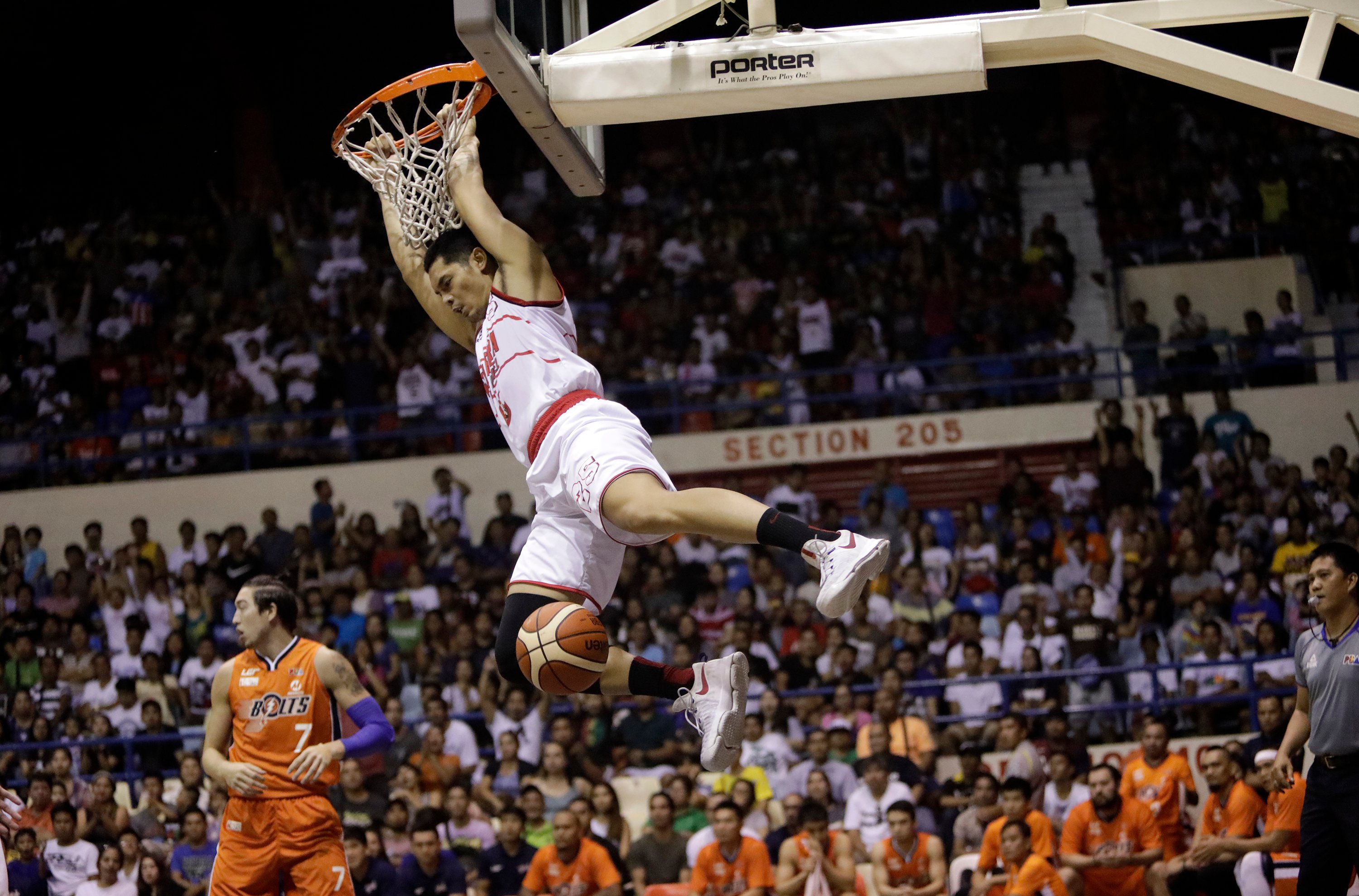 ANTIPOLO—Barangay Ginebra gained a share of the top seed after clipping Meralco, 90-89, in the 2017 PBA Commissioner’s Cup Sunday at Ynares Sports Center here.

The Gin Kings improved to 8-2 and tied the Star Hotshots at the helm while the Bolts ended their elimination round schedule with a 7-4 card.

It was a game where it boiled down to the final minute and Ginebra head coach Tim Cone said his team was just fortunate enough to have one more shot than Meralco.

“It came down to one or two shots, we had one more shot than they did,” said Cone. “There wasn’t much that separated us, Meralco’s a good team.”

Ginebra’s march to victory came when Japeth Aguilar tied the game at 86-86 with 1:17 left in the fourth quarter with a short-range jumper.

Then it was Joe Devance’s turn to step on the clutch pedal when he got the ball off a scramble and floated it in to give Ginebra an 88-86 lead with 38.9 seconds left.

LA Tenorio gave Ginebra a 90-86 cushion with 30 seconds remaining with two free throws before Cliff Hodge cut it to one, 90-89, with seven seconds left.

Justin Brownlee missed his two free throws at the 6-second mark but Chris Newsome’s full-court heave went long as time ran out and Ginebra escaped with a crucial win.

Baser Amer had 21 points for Meralco.