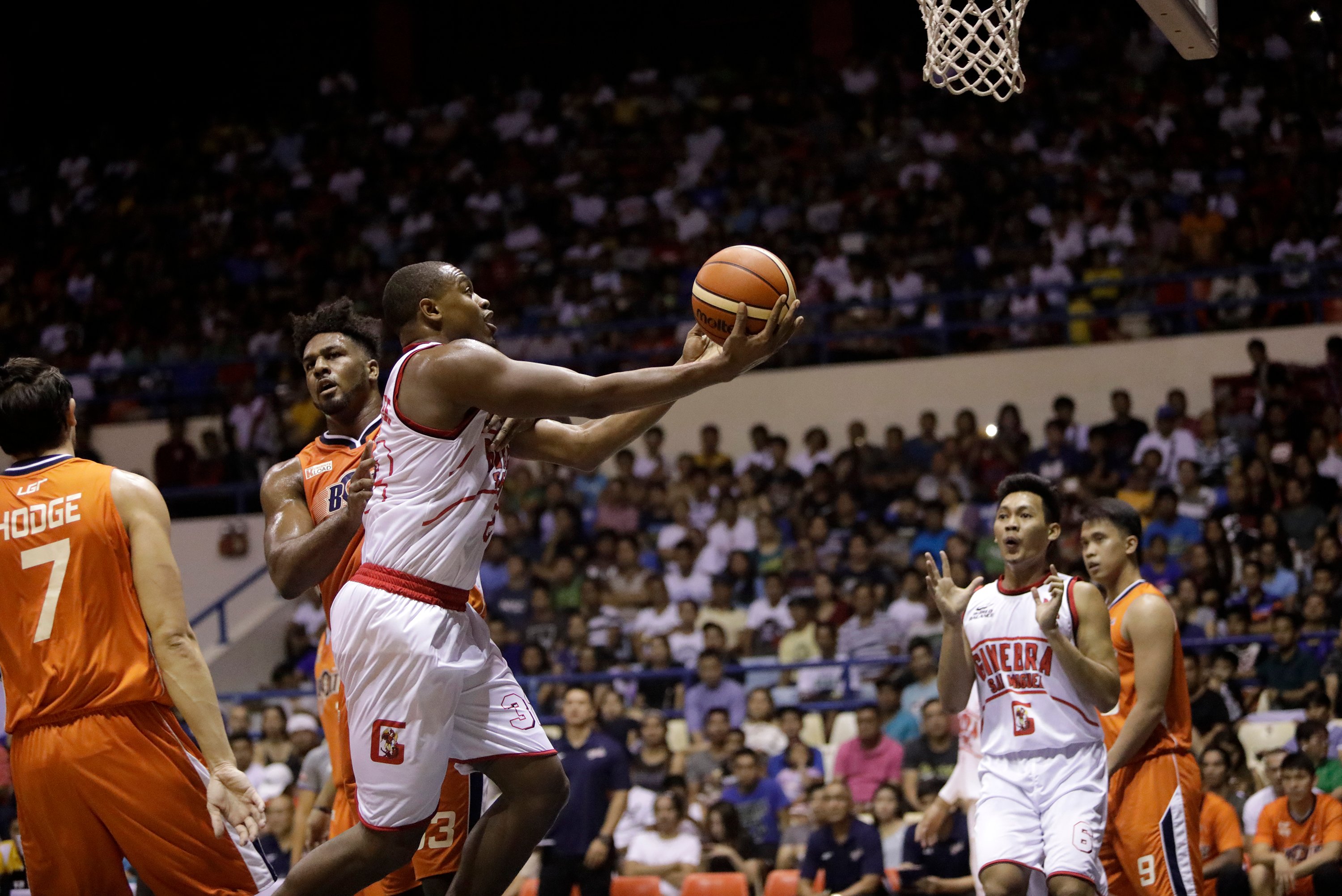 ANTIPOLO—Ginebra import Justin Brownlee had a chance to ultimately seal the win for his team Sunday against Meralco in the PBA Commissioner’s Cup.

All he had to do was hit his two free throws to give his team a three-point lead with six seconds remaining with the Gin Kings up, 90-89.

Brownlee, however, uncharacteristically came up empty at the line.

“Sometimes it happens, of course I tried to make them, but I’m not perfect,” said Brownlee after the Kings held on against the Bolts at Ynares Sports Center here.

“I’m glad our team defense really came through, also I’ll give a lot of credit to Meralco because they came out and played incredible defense. I’m just glad we could pull a win tonight.”

With the win, Ginebra now shares the top spot with Star with both teams holding 8-2 records.

Brownlee’s moment of reprieve came just seconds after he missed his charities when Meralco forward Chris Newsome overthrew his full-court pass to Cliff Hodge and the ball went out of bounds.

“It seemed like he was pretty open, and I think Newsome just overthrew it just a little bit,” said Brownlee, who finished with 22 points and nine rebounds. “We were just fortunate on that play because if they connected on that play, that would put them in a great position to win the game.”

“I’m just happy he turned the ball over that time.”