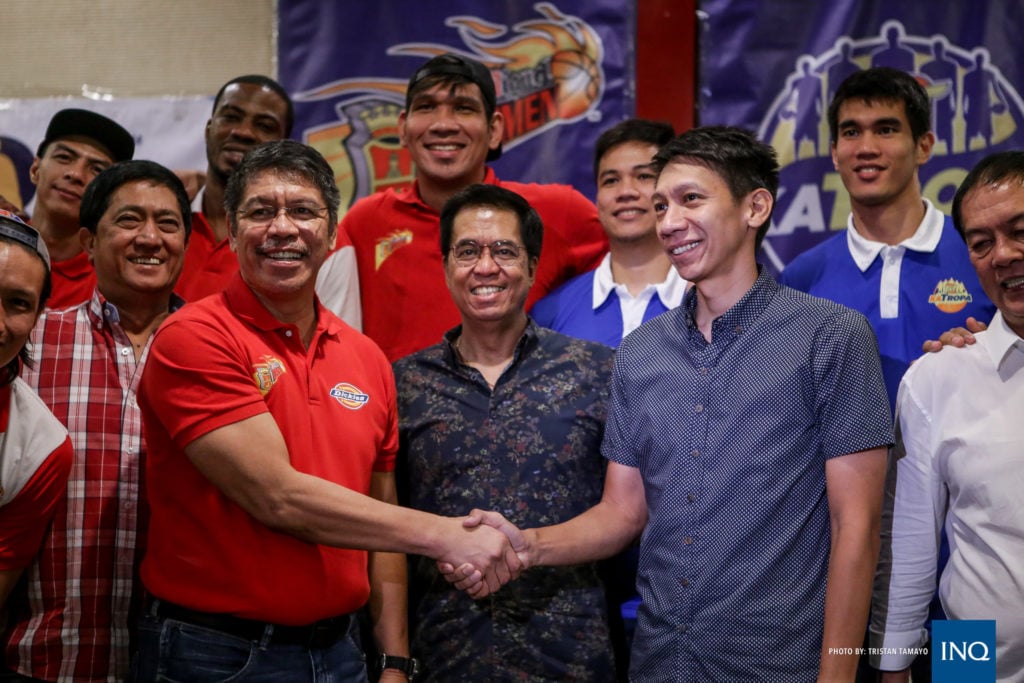 Four years ago, Leo Austria and Nash Racela were coaches in the collegiate scene, leading their respective teams to the championship.

Fast forward to now, both mentors, who are armed with more experience and a handful of championships to boot, are set on a collision course as they are tasked to steer two proud franchises to the promised land when San Miguel and TNT battle in the 2017 PBA Commissioner’s Cup Finals.

Despite already being a veteran of four championship duels, Austria believes his team is just fortunate enough getting to this stage after a hard-fought series against Star.

“We’re just lucky to be here. But maybe, it was destiny smiling our way,” he said Monday in the pre-Finals press conference at Sambokojin in Libis.

Austria shrugged off his unblemished 4-0 Finals record, noting that the most important thing for the Beermen will be their preparation.

“I don’t want to pressure myself. Every game, every practice, we try to prepare hard because if you prepare your body and mind, you can overcome anything,” he said.

The same goes with Racela, who’d rather focus on his squad’s preparation heading into the series than obsess on the different storylines.

Making his first finals appearance at TNT’s helm, the youthful mentor is downplaying the best-of-seven showdown.

“We just want to take advantage of every opportunity which comes our way and we’ll do our best,” Racela said.

Game 1 is on Wednesday at Smart Araneta Coliseum.