TNT brings in Myers as possible replacement for injured Smith 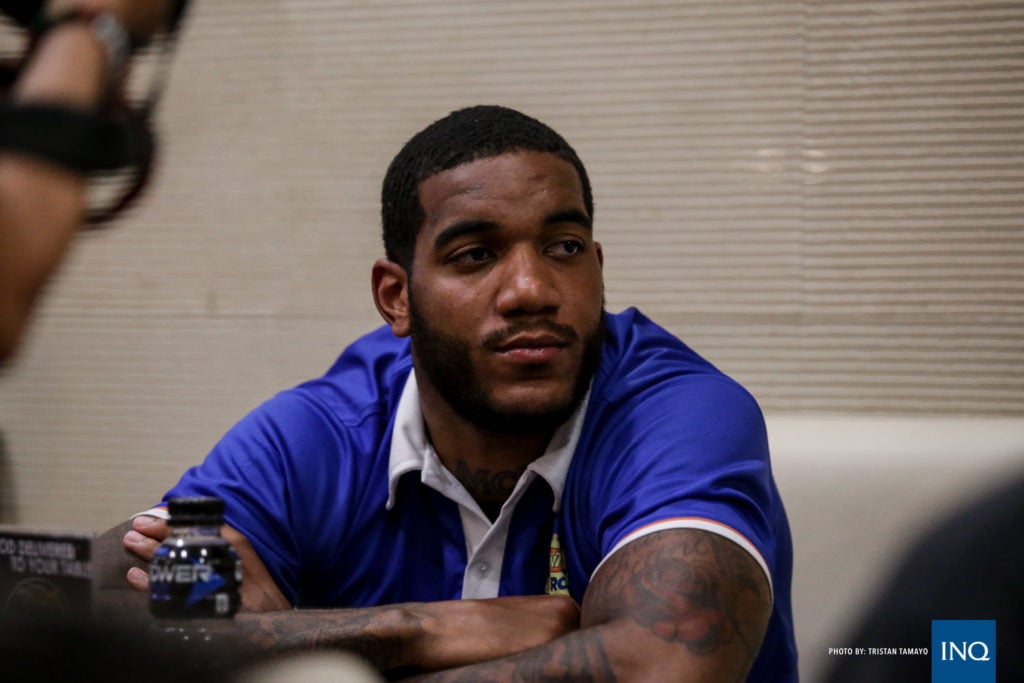 Uncertainty still looms over the TNT camp regarding which import the team is fielding in for Game 1 of the 2017 PBA Commissioner’s Cup Finals.

Though Joshua Smith showed signs of promise days before Game 1, the KaTropa have left no stones unturned as they flew in a possible replacement import in Mike Myers.

“He’s our stand-in import,” bared TNT team manager Virgil Villavicencio, as both Smith and Myers attended the pre-Finals press conference at Sambokojin in Libis on Monday.

TNT coach Nash Racela is keeping his faith in Smith.

Smith is still recovering from a torn ligament in his right foot, an injury he sustained early in Game 3 of TNT’s semifinals series against Ginebra.

“Of course at this point, if we could, we want to stick with Joshua. He’s familiar with the game, with the PBA, the officiating. He’s been with the team for a month and a half, so the question is why replace him if he can play?” he said. “If we can stick with him until the last game, then we will. If he can play Game 1, then we’ll stick with him.”

Smith thinks he can still be of use for the KaTropa in their title quest.

Smith reiterated that regardless of his condition, the goal is still the same which is to win a title.

“I came over with one goal, to help TNT win the championship. We’re going up against a really good team. I just hope it’s a great series,” he said