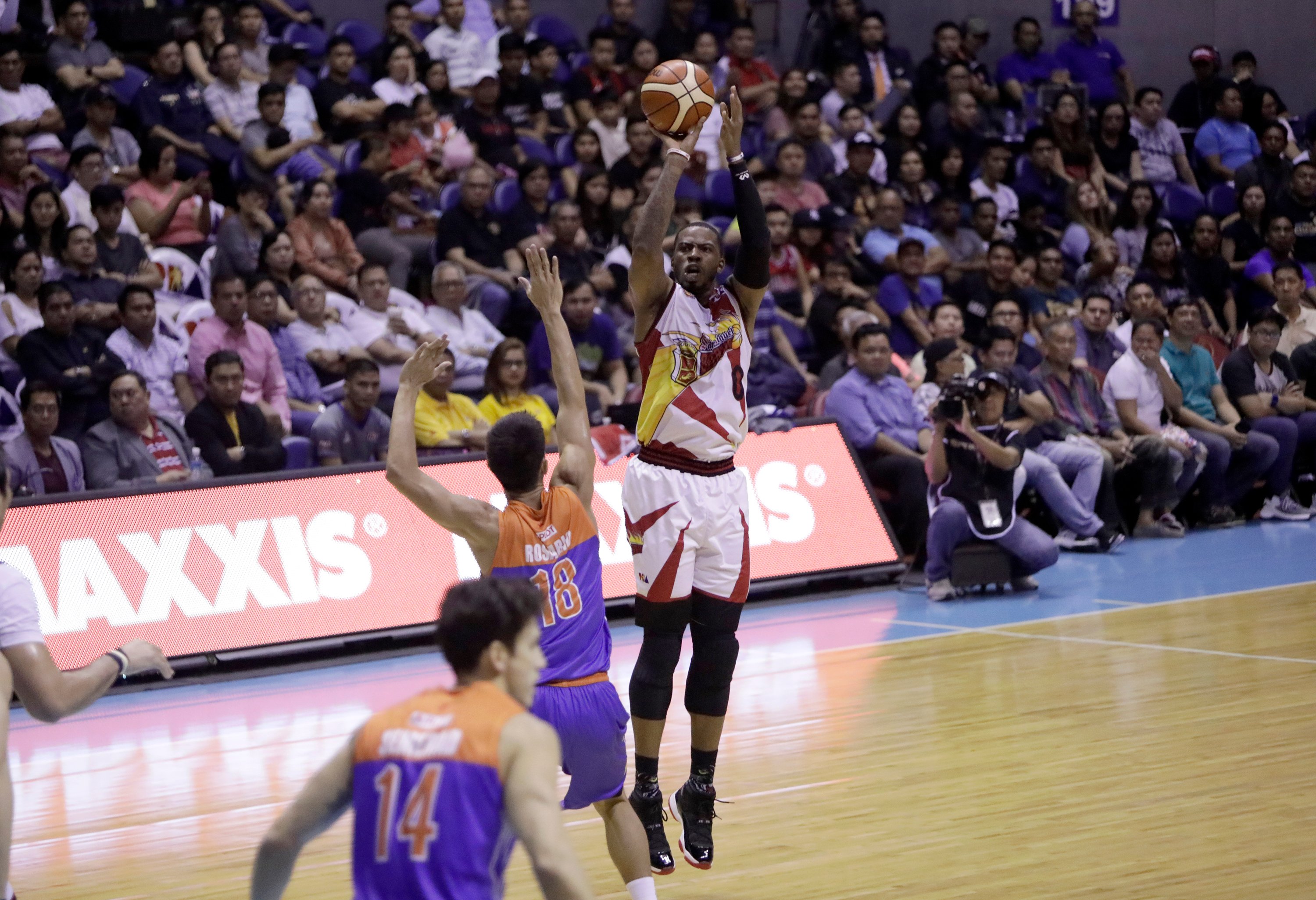 It was indeed a happy birthday for Charles Rhodes.

Turning 32 on Sunday, the mercurial reinforcement trotted out a performance to remember, doing it all for San Miguel in a 109-97 Game 3 win over TNT.

“I just wanted to come out and work hard, just try to help my team and I did that. My team took care of the rest, I just added a little bit,” Rhodes said.

That little bit, though, meant 25 points, 20 rebounds, two assists, two steals, and a block to carry his side to a 2-1 series lead in the 2017 PBA Commissioner’s Cup Finals.

And for Rhodes, he was just glad to showcase his skill in front of his wife and mother, who cheered together with the Beermen crowd at the Big Dome.

“It’s great, man. Words can’t really describe it. I needed to put on a better show, but it was a good show today,” he said.

Rhodes had all the numbers but he was just focused on getting the victory. He picked up where he left off in Game 2 where he took care of the defensive end while also bringing back his offensive firepower.

“I was still on defense, that’s my focus for this series. But I got a couple of shots to go, a couple of mismatches, it just fell that way. But as long as we got the win, that’s all that I care about,” he said.

With San Miguel leading the best-of-seven duel, Rhodes noted that complacency should have no place on the team as they shoot for a 3-1 series lead on Wednesday.

“We got to take it one game at a time. It’s a seven-game series. That’s a great team over there so we got to take every game, one at a time,” he said.