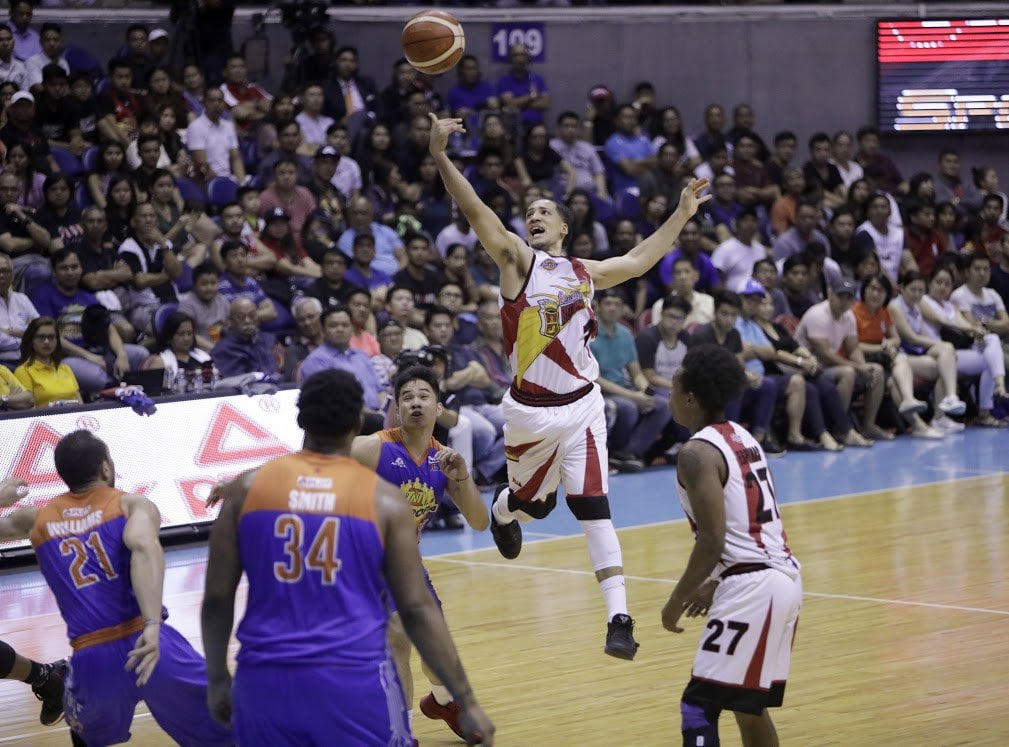 Marcio Lassiter just told himself to keep on shooting the way elite shooters do.

After misfiring in the first two games of the 2017 PBA Commissioner’s Cup Finals, the 30-year-old sniper finally halted his struggles and found the bottom of the net.

Shooting 0-of-11 from downtown in Games 1 and 2, Lassiter finally drilled his first trey in the championship series, sinking the opening bucket of the game from the left corner, before making his second one in the second quarter.

Though the Fil-Am swingman finished on a 2-of-7 shooting from beyond the arc, Lassiter’s 16 points and seven assists were to boost his confidence as he found ways to be effective despite the KaTropa’s defense locked in on him in the Beermen’s 109-97 Game 3 victory.

“TNT loves to pressure me from the perimeter. I was just looking for ways for me to attack. They want me out of the offense, so it gives opportunities for other players. I’m just finding ways to attack, be more aggressive tonight and it helped me for tonight’s game,” he said.

Lassiter said San Miguel shouldn’t take its foot off the gas pedal as it shoots for a 3-1 lead on Wednesday.

“This is a pivotal game. It puts us closer to our final goal, but that doesn’t stop there,” he said. “We still have to come out with the same intensity or even more on Game 4. We want to put more pressure on TNT. Tonight, I think we got an all-around effort from everyone tonight.”

Read Next
Birthday boy Rhodes leads Beermen to victory
EDITORS' PICK
SM continues to send relief assistance to remote towns in Batangas
PH preps for China virus: Question of when, not if
Museums ‘put to sleep,’ churches closed amid volcano’s unrest
Get exciting deals and discounts when you download the new McDonald’s App
Beyond water service: Maynilad builds massive infrastructure projects to clean up Metro Manila waterways
Seventh judge assigned to handle De Lima case
MOST READ
Taal Volcano flexes signs of restiveness anew
Part of Aurora Boulevard in Cubao closed from Jan. 25 – Feb. 1
Passengers from Wuhan, China to be flown out of Kalibo, Aklan – CAAP
Lacson on Duterte’s threat to end VFA over Bato’s canceled visa: Where is the connection?
Don't miss out on the latest news and information.