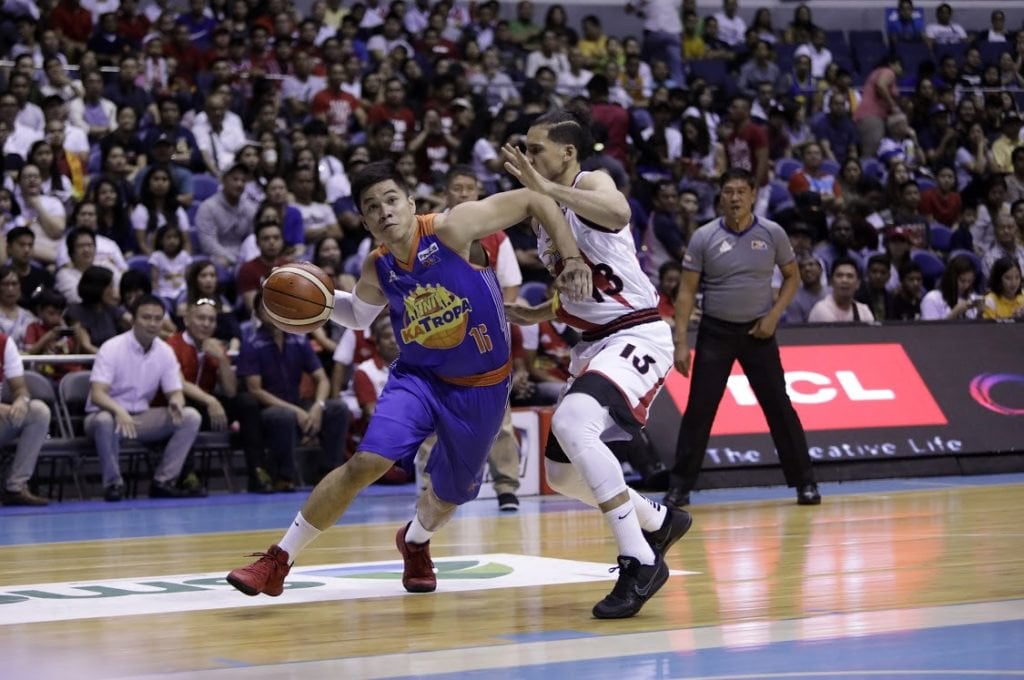 Much-maligned after his apparent low-blow against Arwind Santos in Game 2, Roger Pogoy shared that he has already extended his apologies to his fellow Tamaraw.

“That’s over with. I don’t have any comment on that. I already apologized to kuya Arwind,” he said in Filipino.

The TNT rookie has put the incident behind him but things haven’t been going well for him in the finals since.

For the second straight game, Pogoy was held scoreless two games after having a career performance in Game 1.

And t’s no surprise that the KaTropa yielded Game 3 to the Beermen, 109-97, with Pogoy dealing with major offensive woes.

Pogoy is currently 0-of-13 from the field after exploding for  27 points in the finals opener.

“Maybe it’s just bad game. They were really closing out on me. Before, they are letting me shoot and they’re challenging everything. I’ll make up for it next game,” he said.

TNT coach Nash Racela also isn’t losing sleep with Pogoy’s poor two-game stretch, noting that though, the FEU standout has been missing his shots, he’s still able to contribute in other ways.

“It’s okay as long as he’s making the right decisions and taking the shots that he needs to take. If he’s open, it’s okay. If it doesn’t go in, there’s no problem,” Racela said.

“I think it’s the same with (Marcio) Lassiter. He was struggling a little bit but he was taking the right shots. Today, he contributed, starting hitting his shots. So it is what it is.”

For his part, Pogoy noted that more than his offense, it’s his defense which is counted more in the KaTropa camp as he expects a tougher battle against the likes of Lassiter, Alex Cabagnot, and Chris Ross come Game 4 on Wednesday.

Pogoy shrugged off his bad shooting and insisted that his main job is to be one of the KaTropa’s defensive anchors.

“My role here in this team is to do the defense and the little things. The points I get are just bonuses. I want to do my role here in the team so that we can win,” he said.