Heruela steps up in pivotal Game 3 for SMB 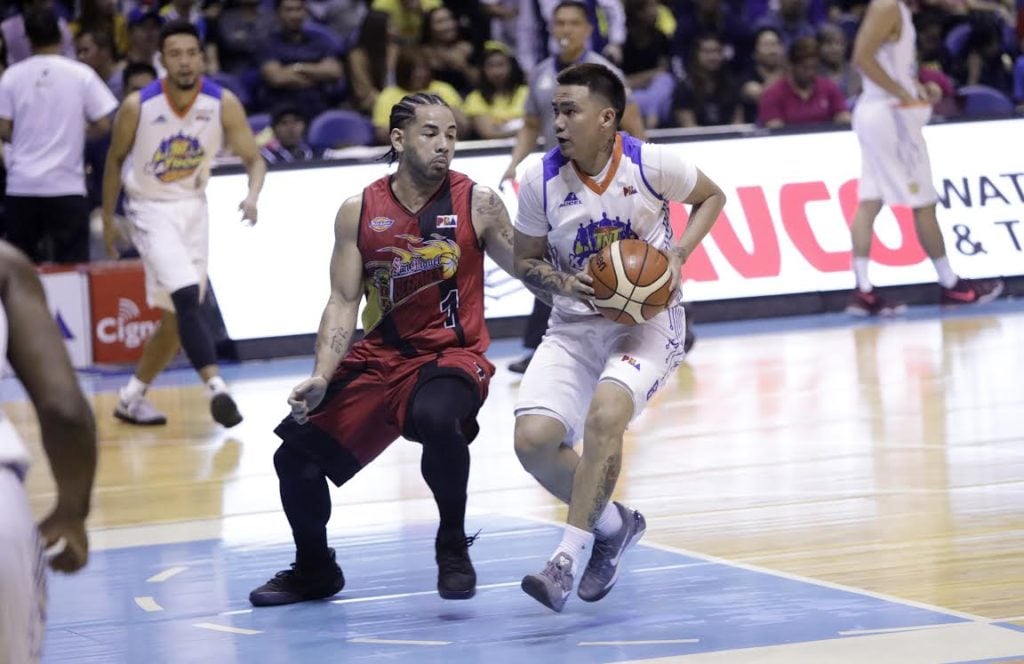 Brian Heruela may be San Miguel’s third-string point guard, but for the second straight game, he has proven that he’s just as good as any starting playmaker in the league today.

Starting in place of Chris Ross in the second half, the stocky guard filled the role admirably in Game 3 of the 2017 PBA Commissioner’s Cup Finals as he orchestrated a pivotal 16-5 run which tilted the momentum to the Beermen’s side en route to a 109-97 victory over TNT on Sunday.

Heruela was making all the right plays that Ross almost didn’t want to go back in the game in fears of ruining San Miguel’s flow.

“I was telling the coaches in the third quarter, ‘Don’t worry about me. Let them play, let those guys play and get their confidence because we have a really talented team from all the way down to the last man on the bench.’ Everyone’s capable of contributing and coach has a way and its won us a lot of titles, but when those guys get their numbers called, they’re ready and they produced for us,” he said.

“He was amazing, man. When I got the flagrant one, he came in and we didn’t miss a beat.”

Heruela finished with five points, two assists, a rebound, and a steal with no turnovers in his 14 minutes on the floor, but more importantly, he also hounded Jayson Castro on defense which added to the struggles of the KaTropa’s main gunner.

June Mar Fajardo said he’s no longer surprised with the way Heruela is playing in the finals.

After all, he’s the same guy who proved to be the perfect backcourt partner for the now three-time PBA MVP back in their days in University of Cebu.

“We know what Brian can do. since his days in Blackwater, he was the starting point guard and we know he can contribute to the team. I’m just happy for him that he came in and was able to help us out,” Fajardo said in Filipino.

Heruela shunned the praises and credited the huge second half spurt to San Miguel’s execution as a cohesive unit.

“I think it’s a collective effort from the whole team,” he said. “Me personally, I just want to play hard and do the best way I can to help my team in every way. Good thing that we had a good run, we executed well, and we’re able to have good defense which is why things went our way.”

Though he’s not expecting anything in the coming games, Heruela shared that as always, he’s ready anytime coach Leo Austria calls his number.

“I always prepare myself mentally and physically. Whenever coach puts me in, I’m always ready,” he said.