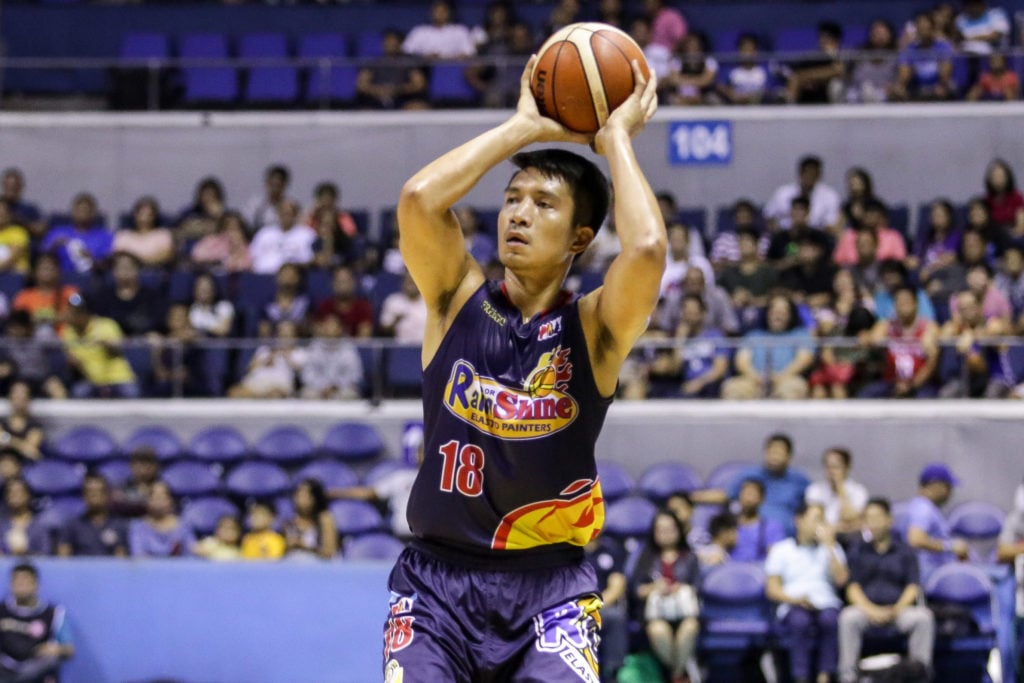 It’s not everyday that you see James Yap go scoreless in a game.

Rain or Shine’s game against Star on Sunday marked the first time Yap didn’t hit a single point since July 24 last year when he was still with the Hotshots.

But the two-time PBA Most Valuable Player couldn’t care any less as Rain or Shine finally got one against his former team Star, 92-88, on Sunday.

With Yap taking a backseat, the Elasto Painters exorcised their demons and nabbed a victory over the Hotshots, while also claiming their fourth win in six games this 2017 PBA Governors’ Cup.

“Of course, I’m happy. I’m thankful for my teammates because we finally got one,” said a relieved Yap, who saw limited minutes and went 0-of-2 from the field. “We’re 0-4 against them, so I’m just grateful to my teammates that even if I’m not inside, we’re still able to get the win.”

Since the blockbuster trade that saw Yap and Paul Lee switch teams, Rain or Shine has yet to beat Star until Sunday.

Star handily won the elimination duels in the first two conferences, and even swept the Elasto Painters, 2-0, in the quarterfinals of the 2017 Commissioner’s Cup.

Yap believes Rain or Shine has already turned the page, not only on its rivalry against the Hotshots, but also on its overall campaign this conference and moving forward.

“We’re more active on defense and we have a better communication. I think we can sustain this if we continue what we’re doing. We have to be consistent on defense and stick to our system,” he said.