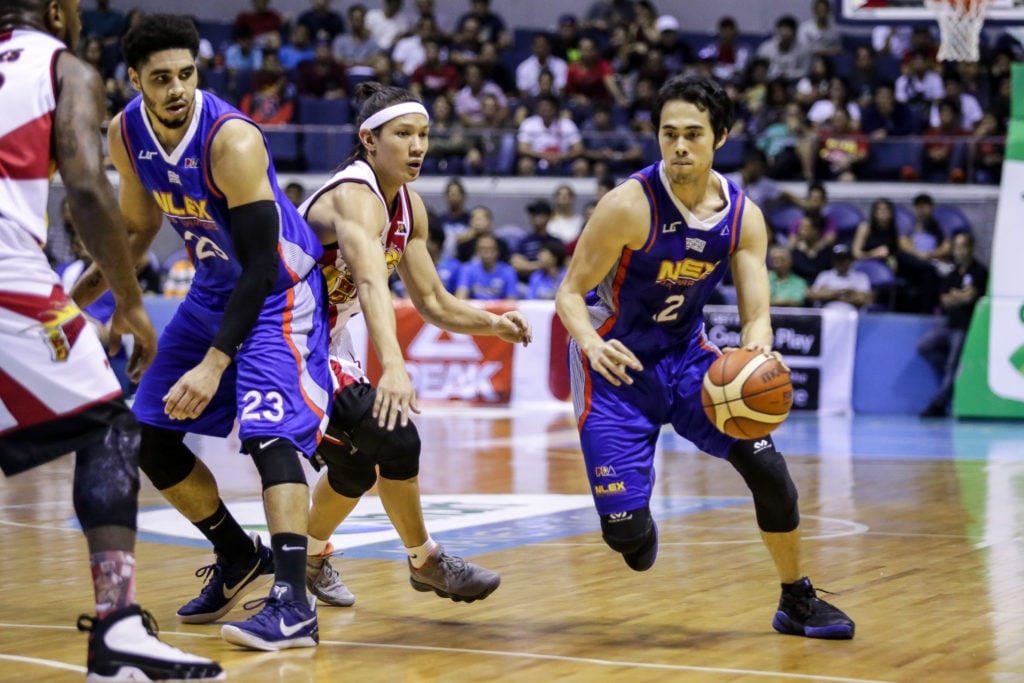 The veteran marksman drained the go-ahead triple with 1:46 to play and followed it up with another three from the top of the key to put the Road Warriors up, 101-97, with 23.9 left.

“Larry is vintage from eight years ago. He’s playing well for us, not only the leadership but also the scoring,” said NLEX head coach Yeng Guiao.

Fonacier unleashed eight of his 16 points in the fourth period as he went 4-of-5 from beyond the arc, on top of four rebounds and three assists.

Aaron Fuller led NLEX with 26 markers, 22 boards, two steals, and two blocks, while JR Quiñahan got 17 points, 10 rebounds, and one assist — that being the tip that led to Fonacier’s backbreaking three-pointer.

“It’s so hard to believe that we beat San Miguel in a tight game. We are developing some maturity and composure in the end game and it’s a good sign for us,” he said. “The more important thing is we got our sixth win which, in our calculation, makes us clinch a spot the quarterfinals.”

Facing a four-point lead in the final minute, Alex Cabagnot didn’t want the game to slip away from San Miguel, banging a corner three in the last five seconds of the game.

The window remained open for the Beermen after Alex Mallari muffed his freebies, but Fonacier and Fuller stifled Cabagnot’s last-second jumper to preserve the victory.

Wendell McKines topped San Miguel with 28 points, 14 rebounds, and six assists, while Cabagnot, Marcio Lassiter, and Arwind Santos all had 19 markers apiece in the loss.

NLEX broke the game open early, 25-10, but San Miguel kept coming back before the Road Warriors finally took the driver’s seat late in the third quarter, 70-68, setting up the nip-and-tuck battle to the finish.