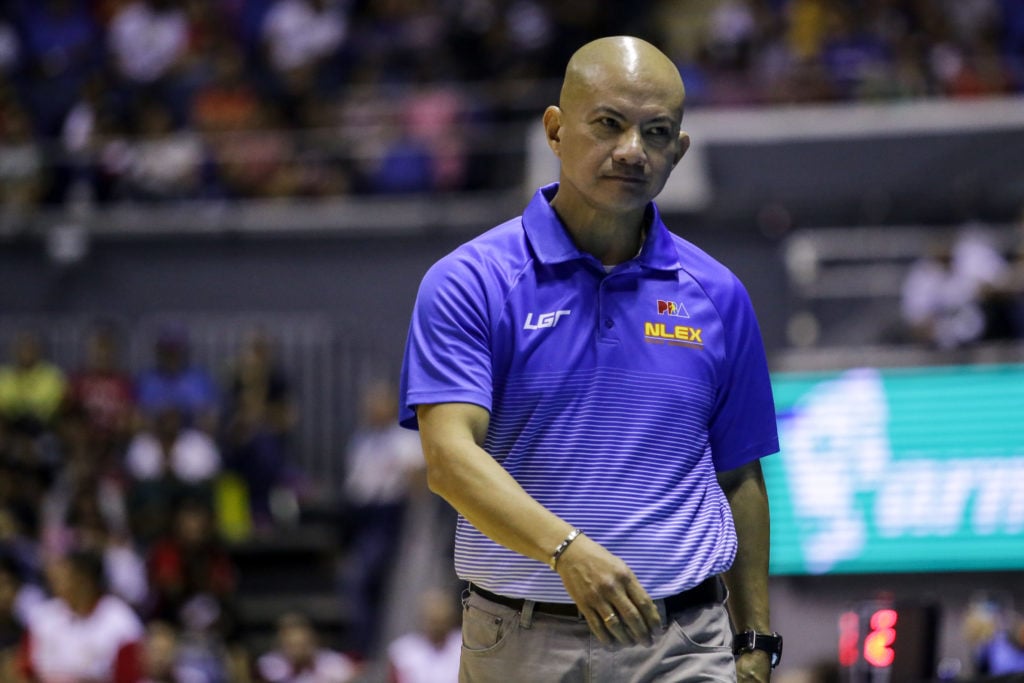 NLEX continued its dream run in the 2017 PBA Governors’ Cup, this time stunning San Miguel with a 103-100 thriller on Sunday.

That victory gave the Road Warriors their sixth win in eight games, enough to assure themselves a seat in the quarterfinals.

However, as morale boosting as the stretch is, NLEX’s wins may come at a cost in the form of their potential top pick in the upcoming 2017 PBA Rookie Draft.

For coach Yeng Guiao, though, he could care less on where his team falls in the annual rookie selection.

“We’re no longer thinking about it. That will take care of itself,” said the veteran mentor.

After finishing at the cellar in the first two conferences, the Road Warriors were poised to claim the number one pick in this year’s draft.

But the recent string of wins put the squad in the upper half of the standings, and if the current order stands, Kia may very well secure the top selection with Blackwater getting the inside track for the second overall pick.

Guiao, though, isn’t losing sleep on those draft picks. He said his focus remains on the present as he expressed elation with how the Road Warriors have been playing in the season-ending conference.

“I like it very much,” he said. “Even our loss against Blackwater, they needed to shoot 17 three-pointers just to beat us by one point. That’s a great consolation for us.”

As for the draft, Guiao is confident that regardless of where NLEX ends up this conference, his team can still nab at least a top three selection.