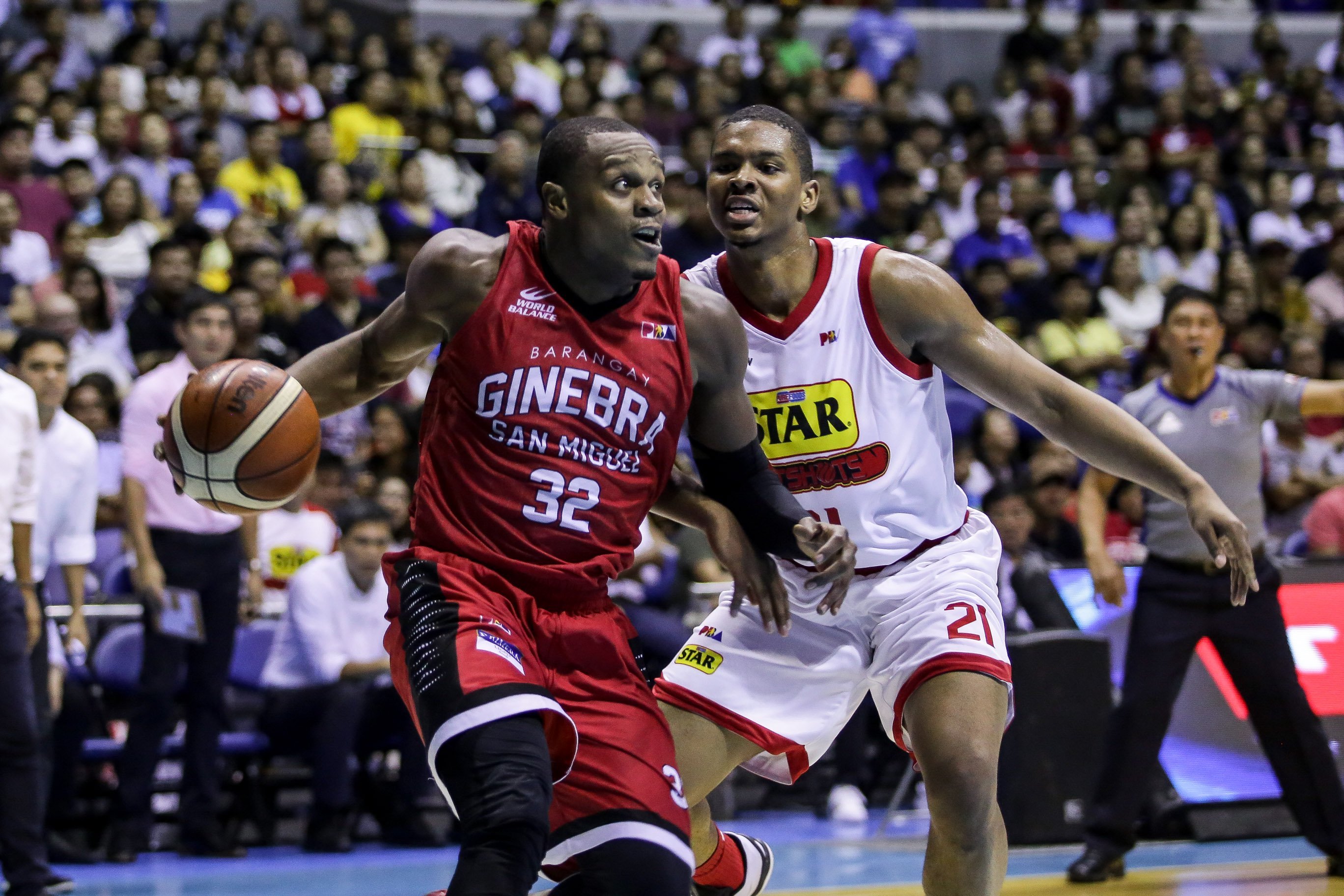 Barangay Ginebra overcame its poor free throw shooting late and a gallant stand by Star to win, 105-101, in overtime Sunday night in the 2017 PBA Governors’ Cup at Smart Araneta Coliseum.

“That was a tough game,” said Ginebra head coach Tim Cone after his team gained solo leadership at 6-1.

“At the end of the game, our guys were just absolutely exhausted. It wasn’t that of a well-played game. We hung around, I felt we stole it because they outplayed us throughout the game. It was a struggle all the way through.”

Japeth Aguilar atoned for his ill-advised foul on Star import Malcolm Hill at the end of regulation with a tip dunk off a Brownlee miss in the waning seconds of the game to seal the game and secure a playoff spot for the Kings.

Joe Devance poured 17 markers, 11 boards, and eight assists off the bench while Greg Slaughter also had 17 points that went with 10 rebounds and three blocks for Ginebra, which struggled mightily from the free throw line, missing 18 out of its 30 attempts.

The Gin Kings took a  95-92 lead with only 2.5 seconds left, but Aguilar mistimed his contest and fell on Hill, who was attempting a three-point shot. Aguilar was called for the shooting foul and Hill calmly canned three free throws with 0.6 tenths of a second remaining to send the game to overtime.

It was again a nip-and-tuck battle in the extra five minutes.

Tenorio drilled a stop-and-pop three to put Ginebra in the driver’s seat, 101-99, with 3:08 left while the Hotshots hit bumps down the stretch.

Hill fouled out with 54.9 ticks remaining while Aldrech Ramos and Paul Lee botched their treys late in the game.

“Our guys are veterans. They overcame that and they put a good overtime together. We gave ourselves a chance, and lo and behold, we pulled it out,” said Cone.

Hill poured in 28 points and had 12 rebounds in a losing effort for Star, which fell to its second straight defeat and stumbled to a 4-2 card.

Lee went 5-of-10 from threes to collect 22 points, but missed all of his shots in the overtime period.