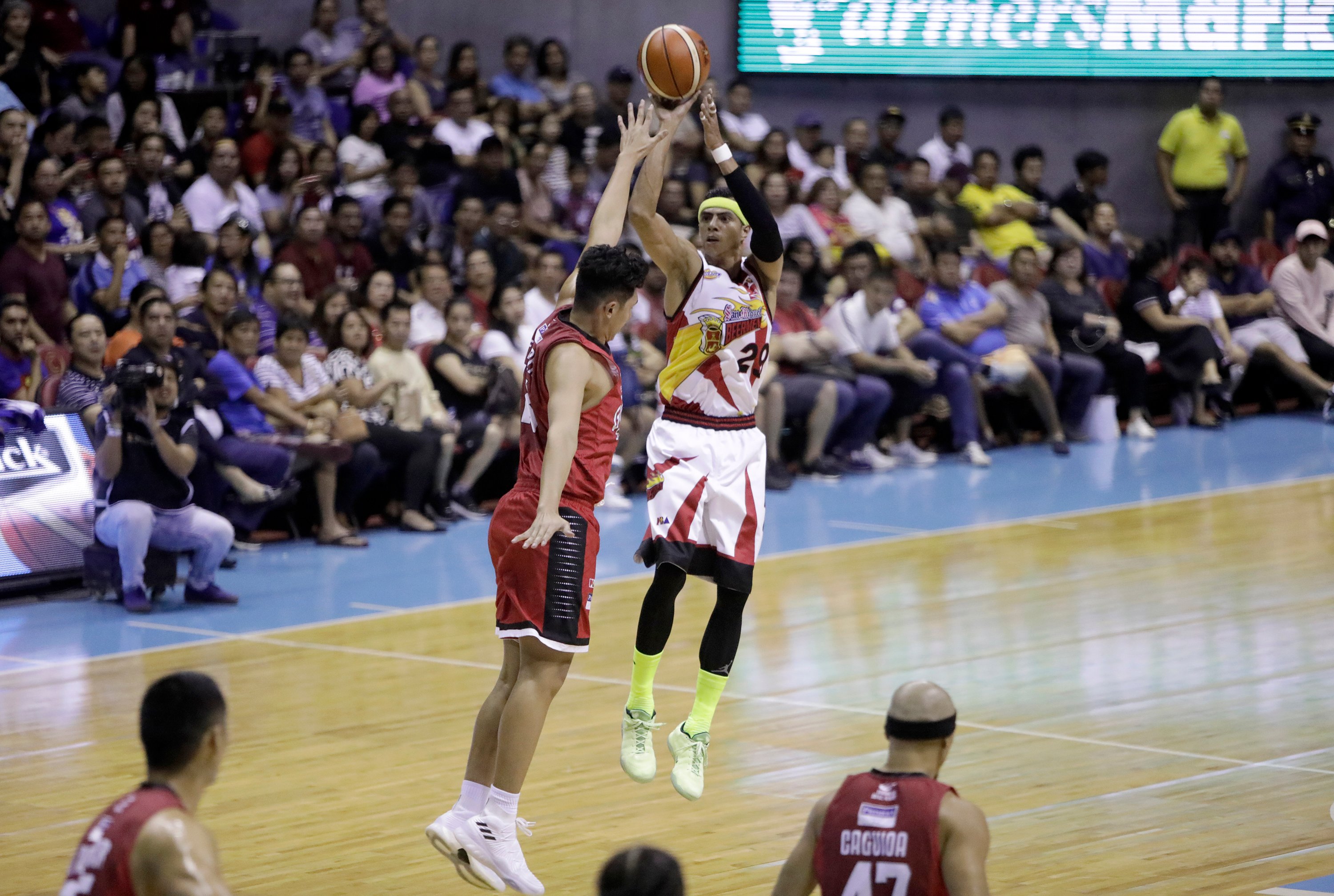 Terrence Watson impressed in his debut as he unloaded 28 points, 17 rebounds, four assists, two blocks, and a steal.

But it was Alex Cabagnot, who came to the rescue for San Miguel (5-3), drilling the killer jumper with 54.1 seconds to spare and the final free throws to put the Gin Kings away. He finished with 16 markers, five assists, and three rebounds.

“Before this game, I was really worried because Ginebra has been playing well. But my players really showed what they got and I’m really proud of them,” said coach Leo Austria.

June Mar Fajardo posted 10 points and 15 rebounds as he, Watson, and Ross triggered the Beermen’s early assault that had them leading, 30-16, in the first quarter before extending it to as high as 26, 59-33 early in the third quarter.

The San Miguel defense, anchored by Ross, kept Brownlee in check as he was held to only 14 markers on 7-of-18 shooting from the field, to go with 12 boards and seven assists.