Meralco earns No. 1 spot, comes back to beat SMB 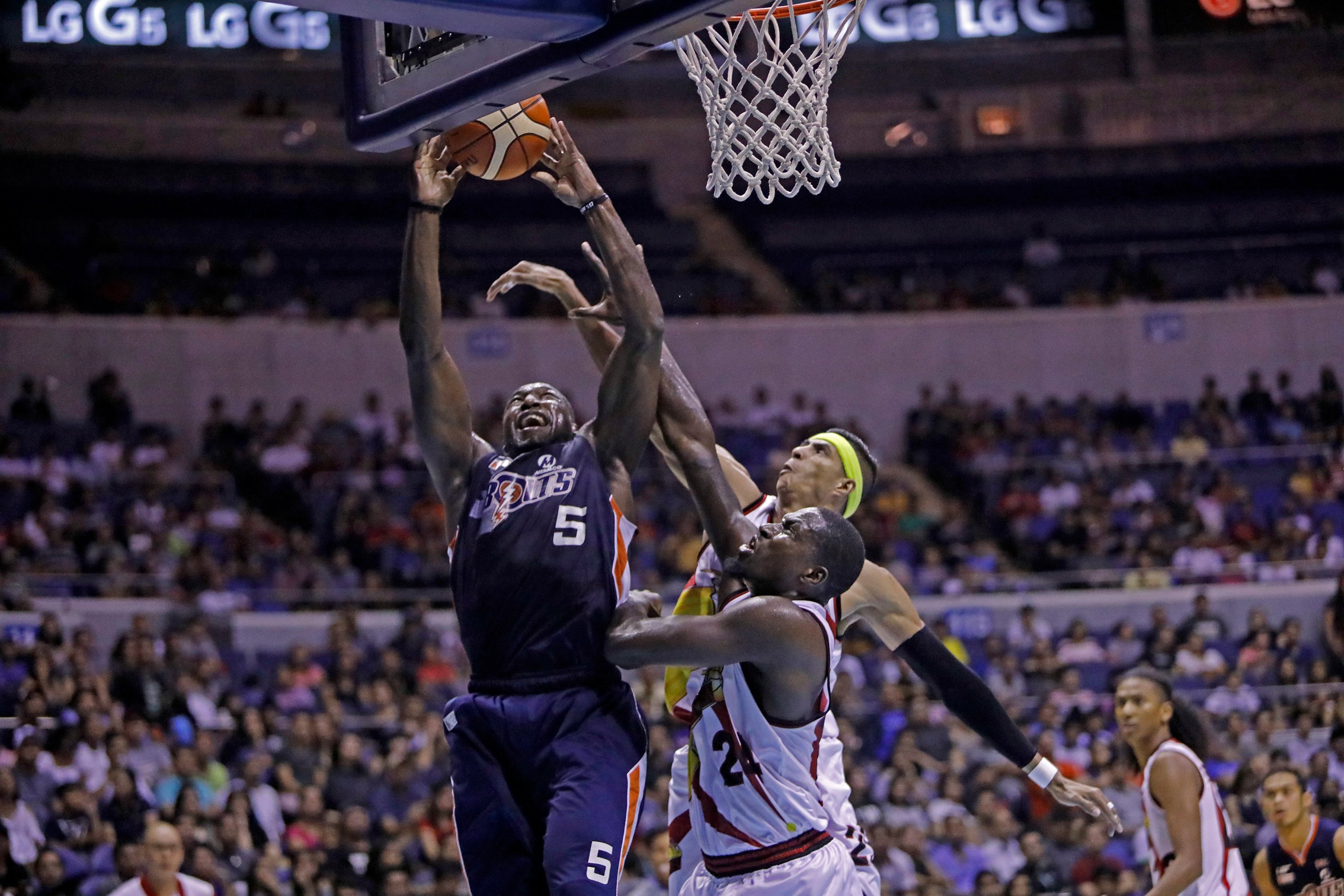 Durham made the game-winning shot with 27.1 seconds left that capped off Meralco’s 16-5 finishing kick. He finished with 35 points and 13 rebounds.

“It’s a big win for the Meralco program. I think it’s probably the first time we finished number one at the end of the elimination round, and now it’s on to the playoffs where things are a little more difficult,” said Meralco coach Norman Black.

The Bolts, who wound up with a 9-2 card, will face the No. 8 Blackwater Elite. as his side now braces for eighth seed Blackwater in the quarterfinals armed with a twice-to-beat advantage.

Jared Dillinger chipped in 16 markers, five coming in the fourth quarter that triggered the endgame uprising as Meralco fought back from a 96-87 deficit with 3:19 remaining.

Chris Newsome added 14 points, six assists, and four boards, while Baser Amer had 13, none bigger than his game-tying three that knotted the score at 98 with 1:28 left.

“That was just a great second half for our team. We tried to make some adjustments at halftime and we tried to implement adjustments that the players went out and executed,” Black said.

“It was still very difficult and it took us a long time to really get our bearings and get on a run, get some momentum, but towards the end of the game, the lineup we had on the floor really worked out for us. We played better defense, and of course, AD picked it up offensively which helped us a lot,” added Black as Meralco beat San Miguel for the first time in six conferences.

June Mar Fajardo led San Miguel with 26 points, eight rebounds, and three blocks, but his floater in the final 10 seconds could not find its mark.

The loss put the Beermen in a tough situation as they will have to beat Barangay Ginebra twice in the quarters.
The scores: