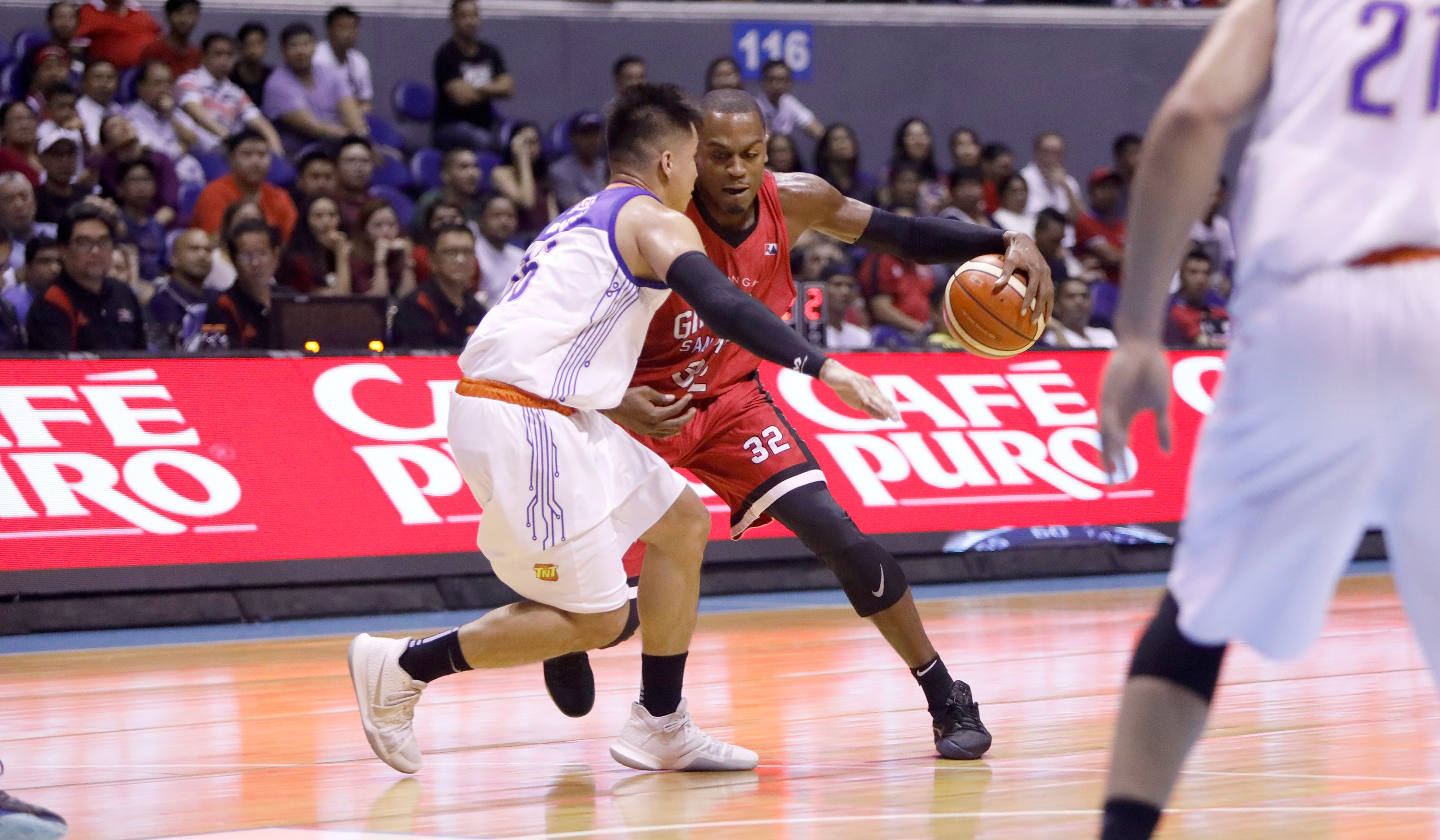 Barangay Ginebra displayed its full strength as it clobbered TNT, 121-94, to gain a 1-0 lead in their best-of-5 semifinals series in the 2017 PBA Governors’ Cup Monday night at Smart Araneta Coliseum.

Justin Brownlee opened the floodgates for the Gin Kings in the first quarter as he anchored a 14-2 blast to turn a 17-19 deficit into a 31-21 lead.

Brownlee fired a team-high 21 points on an efficient 10-of-15 shooting clip on top of eight rebounds, five assists, and three steals.

The 29-year-old forward, then, teamed up with Greg Slaughter to further pounce on the hapless KaTropa in the third quarter, before Mark Caguioa followed suit in the fourth period.

“They beat us up in the eliminations, and we got them today,” said Ginebra coach Tim Cone.

The Kings got back at the KaTropa, who manhandled them,121-92, in the elimination round.

Caguioa uncorked all of his 13 markers in the fourth quarter as three other players finished in double-digits for the Gin Kings.

Game 2 is on Wednesday at Batangas City Coliseum in Batangas City, and Cone expects a much-prepared TNT squad for the tiff.

“Game 2 is probably going to be pretty exciting. One way, we’re happy that we’re able to play like this because we’re able to beat them. On the other hand, we just filled their bag with a whole bunch of motivation going to Game 2,” Cone said.

“There’s always positives and negatives to blowouts in a series. But we basically got done what we wanted to do today, in terms of getting the ball inside to Joe, Japeth (Aguilar), Justin, and Greg, and we also defended well.”

Jayson Castro chipped in 16 markers and seven dimes, while Roger Pogoy got 12 points and five boards in a losing effort.

Read Next
Dillinger leads Bolts’ late rally past Hotshots in Game 1
EDITORS' PICK
Sex on the menu for Pogo workers
First female commodore named
Foreigners prepare to flee as China virus toll tops 100
We Can’t Guarantee You’ll Win a P20 Billion Jackpot, But We Can Help You Try
SM continues to send relief assistance to remote towns in Batangas
Best Gift Ideas in the Philippines
MOST READ
Sex on the menu for Pogo workers
‘Normal people doing normal work’ need not wear mask – WHO official
Kobe Bryant gear pulled out of Nike online store in wake of his death
Lacson on VFA impact study: ‘Better late than never’
Don't miss out on the latest news and information.