Tenorio thriving in PBA Finals despite playing through injury 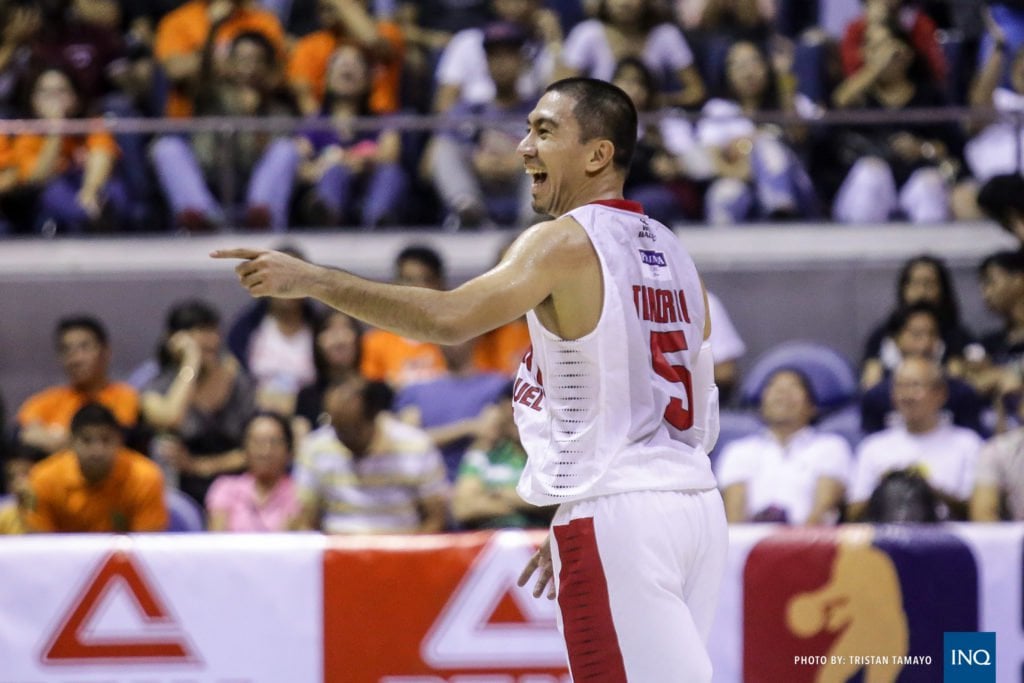 LA Tenorio was the first to admit that his shot clock-beating triple in the clutch was nothing but a stroke of luck.

“It was a hail mary shot,” Tenorio proudly said.

Tenorio drilled the miraculous triple with 1:07 remaining to give Ginebra a commanding 84-76 lead. The shot turned out to be the dagger as the defending champions  took a 2-0 lead in the 2017 PBA Governors’ Cup Finals.

What makes Tenorio’s clutch performance in Game 2 more awe-inspiring was the revelation of his head coach Tim Cone that the star playmaker is actually playing with an elbow injury.

“He’s gonna have a surgery on his shooting elbow at the end of the conference. He’s playing through it and still shooting the ball well,” bared Cone.

The 33-year-old Tenorio, though, said that it was the Gin Kings’ defense that won the game and not his stellar play in the endgame.

Tenorio uncorked 10 of his 14 points in the payoff period, on top of three rebounds as he and teamed up with import Justin Brownlee to lift Ginebra down the stretch.

The Gin Kings are halfway into their bid to retain the title and Tenorio wants no letup with Game 3 set on Wednesday.

“To be honest, 2-0 is still nothing. We know miracles can still happen in this league, so we really have to come out stronger,” he said. “The series is not yet over. It’s still far, far from over.”

“Before we get the championship we have to get win number three first. We’re not gonna look for win number four. We just have to come out really, really, really aggressive and strong on the third game. That’s our focus. We haven’t achieved anything yet by winning this game, so we’re taking it one game at a time.”