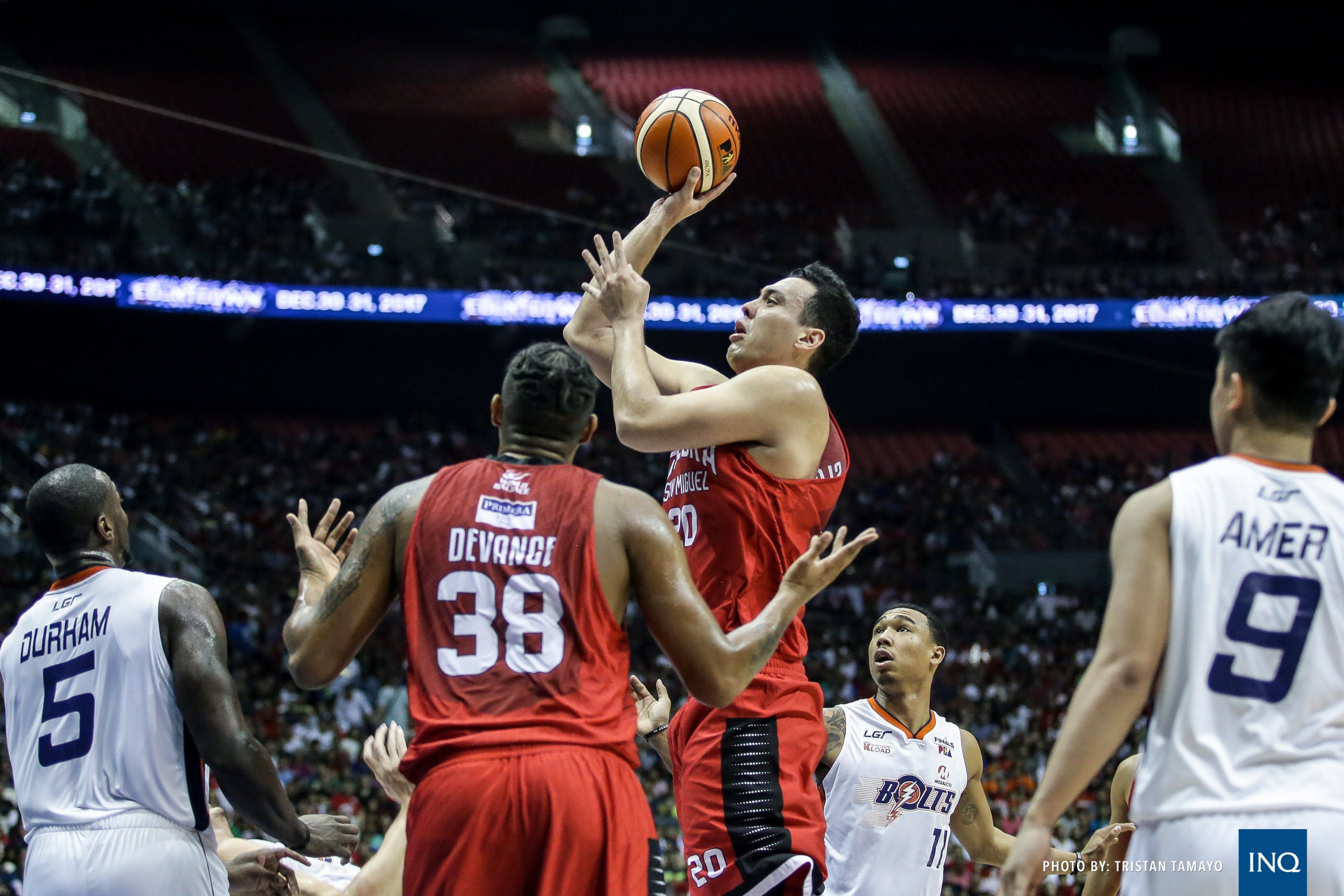 BOCAUE — Since winning the Best Player of the Conference award, Greg Slaughter has yet to churn out a good showing as Ginebra saw their 2-0 lead dissipate and allow Meralco level the series.

But on Sunday, the 6-foot-11 center knew he had to show up when coach Tim Cone inserted him into the starting lineup for the first time in the series in Game 5.

“Definitely when you start, you got to set the tone early. It’s not just me but the whole starting unit,” Slaughter said.

Fortunately for the Cebuano giant, he did make Cone look like a genius for the move as he delivered his best performance yet in the 2017 PBA Governors’ Cup Finals.

Slaughter fired 17 points, hauled down 16 rebounds, and swatted six shots as the Gin Kings claimed a 85-74 victory to move a game away from clinching their second straight title in the conference.

“Coach gave me the start and I didn’t want to disappoint him or my teammates. We came out really aggressive and got off to a good lead,” he said.

Though Meralco did get back in the game in the second half, Slaughter was just too big and too strong for the Bolts as he was the X-factor Ginebra needed to bounce back after losing Games 3 and 4.

“Greg wasn’t making all of his shots but he was aggressive, he was physical, and he was going after rebounds,” Cone said.

“Greg made a statement right off the bat with some tough rebounds. He went in and sealed on and got physical with (Allen) Durham right off the bat. When he could do that, that changes the game for us.”

Slaughter is far from satisfied as Ginebra goes for the kill on Wednesday.

“I’m just glad we got the win. This is a crucial one for us, so we’re just fortunate that we got the win. But the job is not done yet. We need to get one more. I think whoever comes out hungry on Wednesday is gonna get that game,” he said.

Game 6 is on Wednesday, still at Philippine Arena.