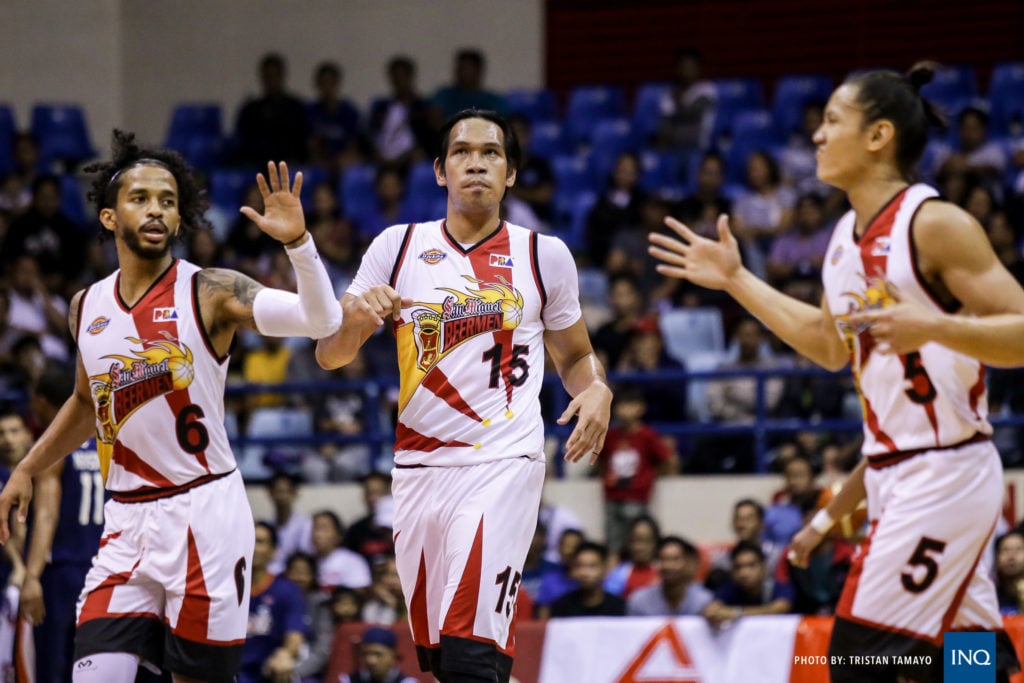 He was right as the Beermen barely escaped the Bolts, 103-97, Wednesday night at Ynares Center here.

June Mar Fajardo was in his usual dominant self, unloading 26 points and nine rebounds while the guards, led by Alex Cabagnot, fired on all cylinders that kept Meralco at bay.

Cabagnot led all scorers with 29 points that went with seven boards, and four assists, Marcio Lassiter got 18 points built on four treys, with five rebounds and three dimes, while Von Pessumal shot 3-of-8 from beyond the arc to wind up with 11 markers on top of five rebounds.

“I’m so thankful that we ended the year with a bang. With this win, I think this will motivate us to play better next time,” said Austria as his side shot 13-of-29 from rainbow country.

The victory almost slipped from the Beermen’s grip as a late charge from the Bolts, who trailed by as much as 22 points, threatened and came to within, 102-97, after Mike Tolomia drilled a trey with 38.9 seconds remaining.

Meralco had a chance to trim the lead further, but Nino Cañaleta’s three went in and out as Fajardo secured the rebound and Chris Ross iced the game with a split at the free throw line with 5.3 ticks left.

Tolomia dropped 21 points on a 5-of-9 clip from threes, to go along with four rebounds and six assists.