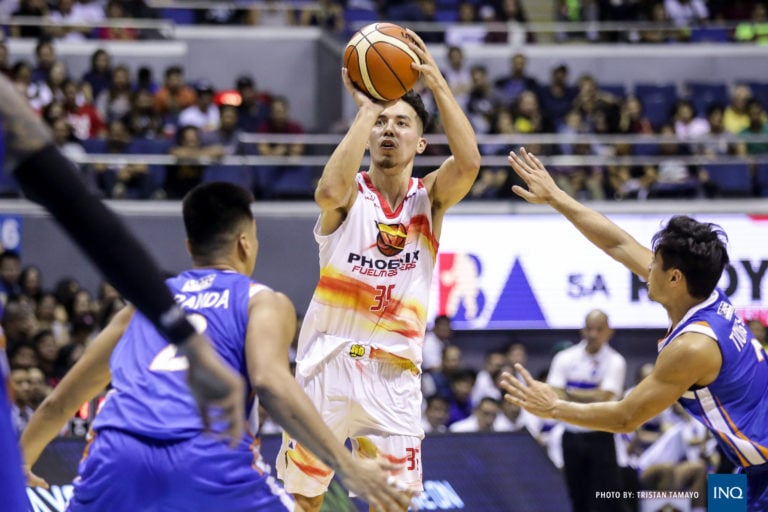 The Fil-Canadian sniper went 4-of-8 from downtown, three of which coming in the third quarter pullaway. He wound up with 19 points, seven assists, five rebounds, and two steals as his explosion allowed the Fuel Masters to grab a 90-73 lead early in the fourth quarter and never look back.

“We’re happy that we were able to contain [NLEX],”said Phoenix head coach Louie Alas. “All of the coaches know that the strength of NLEX is their perimeter, and you can’t stop that. You can try to limit them and I guess we’re able to do that.”

Phoenix did a good job containing NLEX’s sharpshooters, forcing the Road Warriors to shoot a measly 26 percent from downtown.

Jeff Chan also joined in the scoring party as he finished with 18 markers on a 2-of-3 clip from beyond-the-arc, to go with six boards, while RJ Jazul also went 2-of-3 from threes to nab 15 points and three rebounds.

Rookie Jason Perkins also chimed in 14 markers and eight rebounds for Phoenix, which rose to 2-1 after starting the season with a loss.

The Road Warriors clawed their way back from the 17-point hole, cutting the deficit down to four, 88-92, after a pair of Larry Fonacier freebies with 6:05 to play, but Wright, Jazul, and Perkins connected on their jumpers to put the game away for good.

Fonacier paced NLEX with 22 points and four rebounds, while Juami Tiongson chipped in 12 markers, seven boards, and four dimes in the defeat as the Road Warriors suffered their first loss of the new season and dropped to 2-1.