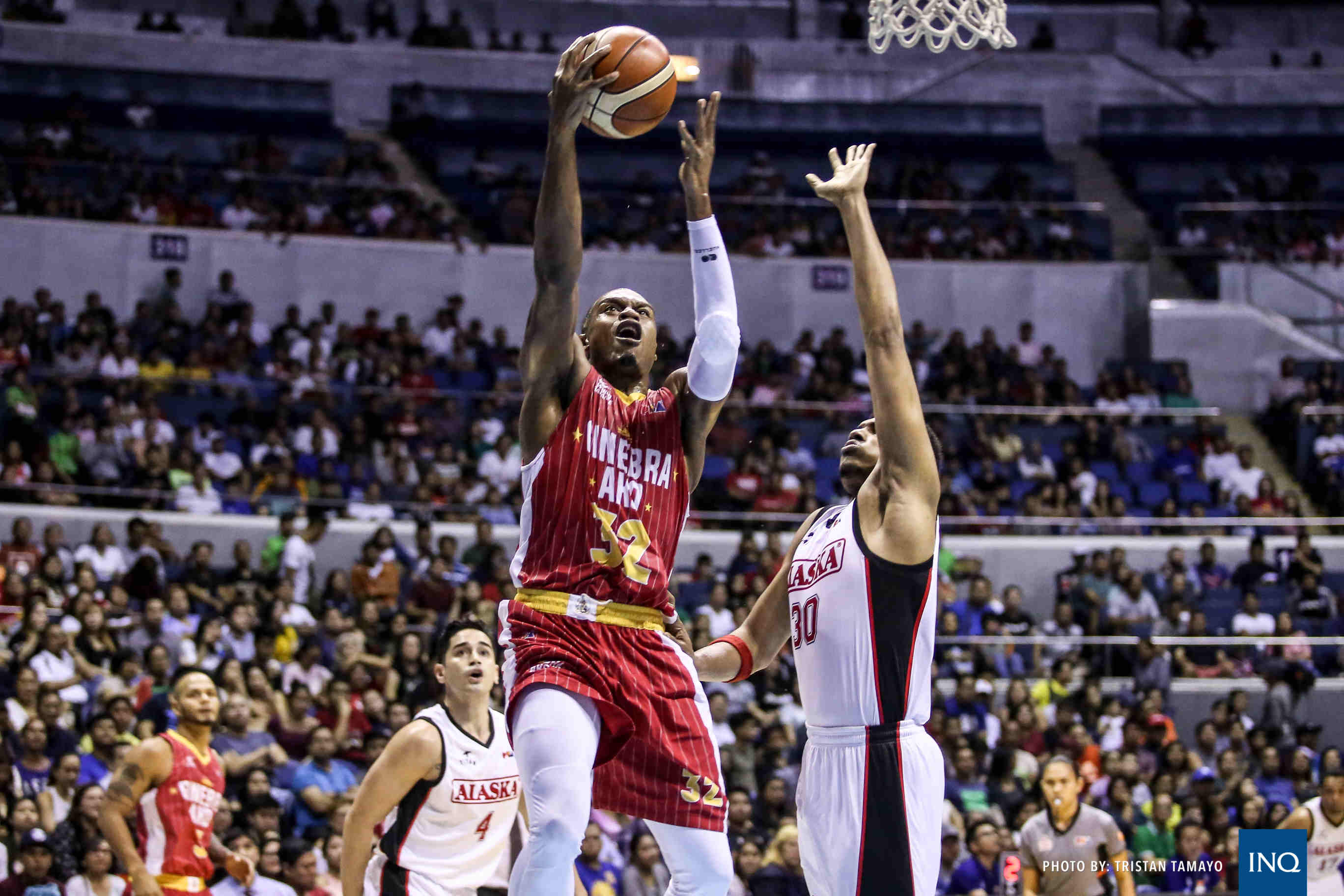 Barangay Ginebra got off to a blistering start and never letup to torch Alaska, 105-86, and stretch its winning streak in the 2018 PBA Commissioner’s Cup Sunday night at Smart Araneta Coliseum.

“I was surprised by what happened in the first half. I don’t know what we’re doing that’s making us play as well as we are,” said Ginebra head coach Tim Cone.

“We’re playing really well. Our defense has really, really stepped up. I thought that we did a lot of things really well that disrupted what they do.”

Justin Brownlee set the tone for Ginebra, scoring 17 of his game-high 28 points in the first half. He also had nine rebounds and eight assists through three quarters.

The Kings rolled to their fourth consecutive victory and climbed to a share with the GlobalPort Batang Pier in sixth place at 5-5.

Alaska opened the third quarter with a 10-1 run but Ginebra quickly stopped the bleeding behind Brownlee and the steady quarterbacking of LA Tenorio.