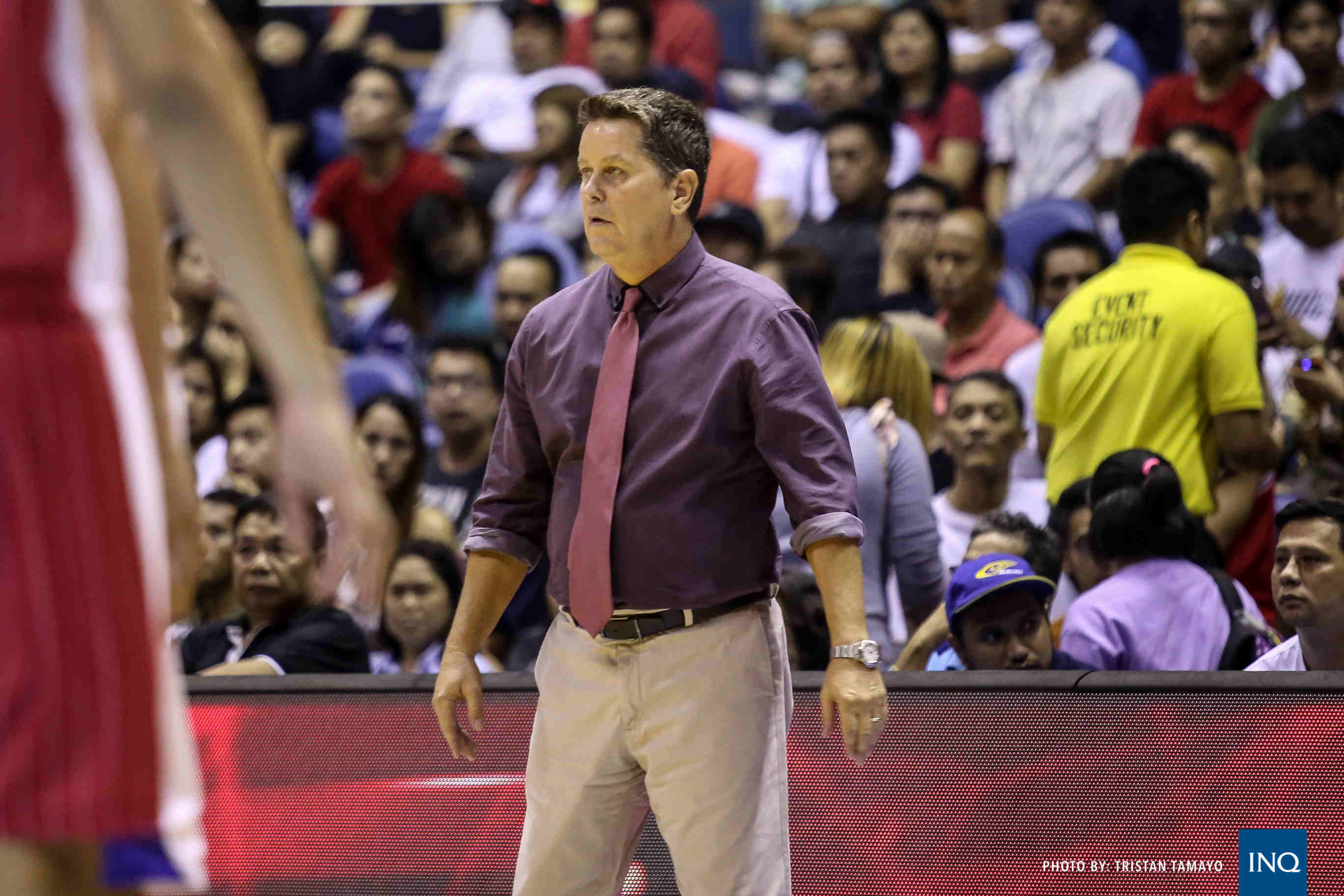 The way Barangay Ginebra has been playing, a 12-day break is the only thing that could stop it from winning.

Riding on a four-game winning run, the Gin Kings are one of the hottest teams in the league.

Ginebra kept rolling on Sunday night after a wire-to-wire win over Alaska but the Kings won’t be back in action until July 6 in their final game of the elimination round something that concerns head coach Tim Cone.

“We’re not out of the woods, we still have to go out and get one more. We got GlobalPort coming up in a couple of weeks. I wish we weren’t taking a break right now,” Cone told reporters after a 105-86 beatdown of the Aces.

“We’re playing really good basketball. We’d like to keep our momentum going but we’ll see what happens after a couple weeks that’s the way the schedule is and we don’t control it.”

Games won’t resume until July 4 as the league gives way to the Fiba World Cup Qualifiers where Gilas Pilipinas begins the third window on the road against rival Chinese Taipei on Friday before returning home and facing powerhouse Australia on July 2 at Philippine Arena.

Ginebra forward and national team mainstay Japeth Aguilar, who arrived in Taipei Monday, thinks the long break will also help the Kings, especially the veterans and those who are having health issues, to recharge and recuperate.

“We would’ve wanted to sustain our momentum, but it would be also nice for us to use the break as an opportunity to heal up,” he said.