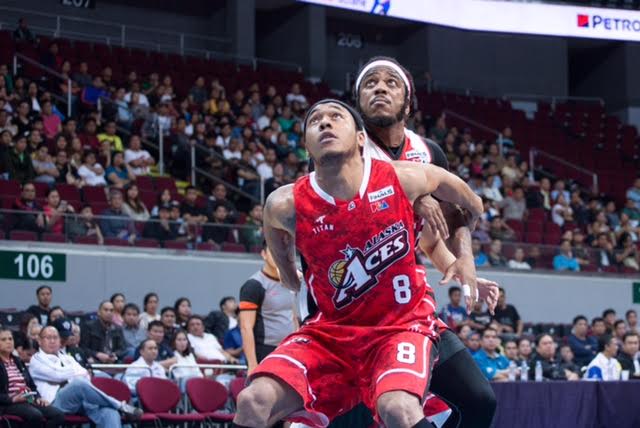 San Miguel Beer is all the more cautious following its lopsided triumph in the series opener Friday night.

With their 30-point rout in Game One, the Beermen are coming out more cautiously, expecting a tough fightback from the Aces in the second game of their PBA Governors Cup best-of-seven title playoff Sunday night at the Smart Araneta Coliseum.

“Mukhang nagulat namin sila the last time. Ayaw namin mabulaga rin nila so we have to be ready on whatever they will throw at us,” said San Miguel coach Leo Austria.

“Knowing them, knowing their character, they will come back strong, and we have to be prepared for their fightback,” Austria added.

For Alaska coach Alex Compton, the outcome of Game One isn’t indicative of how the series would go.

“Their 30-point win is not indicative of who they are and who we are. Makulit ako, I still believe we can beat them,” Compton pointed out.

Game One was a virtual no-contest with the Beermen blowing away the Aces, 108-78.

Compton said he was outcoached, then added his belief that they lost their rhythm on their four-day break.

READ: I got outcoached, says Compton after Aces’ 30-point loss

“This is what I’m afraid of a long break. We lost our flow. The shots that we usually make, we missed it,” rued Compton.

With hardly a rest from its tough semis grind, San Miguel came out with a boundless energy and an unwavering resolve, clobbering a flat, rusty Alaska side.

The Aces, the elimination round topnotchers who swept their quarterfinals and semifinals matches, groped for form throughout.

“I was worried with our energy as we didn’t enjoy a break from the quarterfinals to the semifinals. It turned out we’re more energetic than them (the Aces),” said Austria.

The SMB bench chieftain, however, insists they will face a different Alaska team in Game Two.

“They were a shell of the Alaska team that swept past Ginebra and Star Hotshots in the quarters and in the semis. But of course I will not take away the credit from our guys. Iba rin talaga na may Junemar Fajardo at Arizona Reid kami,” said Austria.

Shortly before Game Two, Fajardo will likely be the player to be crowned Best Player of the Conference.

READ: June Mar has inside track to player plum

The Best Import could either be Reid or Alaska’s Romeo Travis.

Then, the two teams will be back to war.